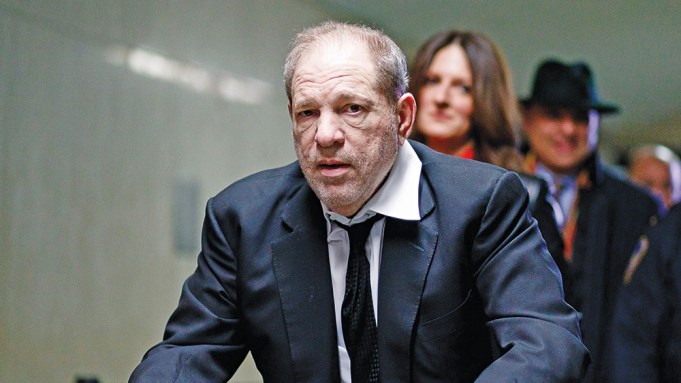 The Harvey Weinstein trial has already seen its share of pyrotechnics. The defense asked last week for a new judge — denied — and for more time to question the prospective jurors, which included, of all people, model Gigi Hadid. But despite the distractions, opening arguments are still on course to begin next week, Variety has learned.

Outside court on Wednesday, Arthur Aidala, one of Weinstein’s attorneys, said the the trial was “definitely” still on track to begin Jan. 22.

Justice James Burke has set up a two-stage vetting process for potential jurors. So far, around 700 people have been called into court over the past week, with hordes of people dismissed by the judge each day, mostly for saying they cannot be fair to Weinstein.

The ones who remain have been given questionnaires, which ask about their backgrounds and try to flag any potential biases.

When jury selection resumes on Thursday morning, roughly 200 prospective jurors will come back for a second round of screening. The defense and prosecution have been meeting together over the past few days to determine individuals who would not be suitable jurors for the case, based on responses in their questionnaires.

“My sense is that both sides have come a long way,” Burke said in court on Wednesday. Speaking to reporters outside of court, Aidala said both sides have consented on most everyone they’ve dismissed from the case.

The goal is to find a jury of 12 people with six to eight alternates. Given that Monday is a national holiday, only three days remain to settle on a jury.

Last week, Weinstein’s team of lawyers asked for individual sequestered jury selection, given the “circus-like” atmosphere and high-profile nature of the case, but Burke immediately shot down the the request.

Weinstein is facing five sex crimes charges, including allegations of a 2006 sexual assault incident and a 2013 hotel room rape. If convicted, the former Hollywood honcho could face life in prison. Jurors have been warned that the trial is expected to last until Mar. 6, and have been advised not to read anything about the case or speak to anyone about it.