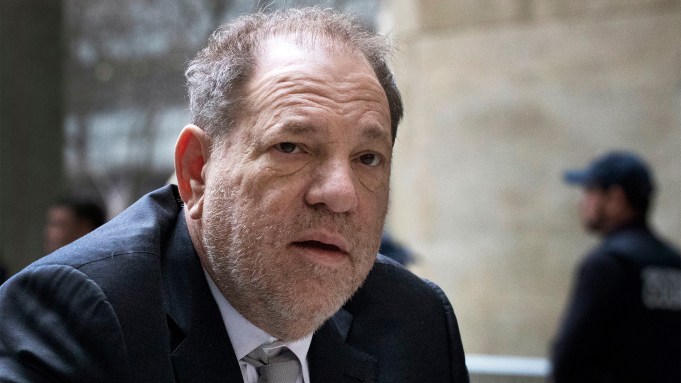 An appeals court denied the second request from Harvey Weinstein’s legal team to move his trial out of New York City on Tuesday.

Weinstein’s attorneys asked the Appellate Division last week to move the trial to Albany or Suffolk County, arguing it is impossible for him to get a fair trial due to the “carnival-like atmosphere” at the Manhattan courthouse.

The D.A.’s office argued that the request was a transparent effort to delay the trial. A 12-person jury, with three alternates, was chosen on Friday, and opening statements are set for Wednesday.

Prosecutors also argued that there is no escaping the media circus, as the outlets covering the trial will simply follow wherever it goes. The D.A.’s office also argued that New Yorkers are more habituated to chaotic environments than are the residents of Albany or Suffolk County.

“The inhabitants of those jurisdictions have access to the same news sources and social media and, with a less diverse and populous source of jurors, are likely to be more impacted by protests or demonstrators than their counterparts in Manhattan,” the D.A’s office argued.

Weinstein attorney Arthur Aidala contended that the New York jury pool has already been hopelessly compromised. He noted that two jurors who were dismissed last week had subsequently posted disparaging things about Weinstein on social media.

“Goodbye jury duty,” one wrote. “And goodbye Harvey Weinstein. I hope they convict you on all counts.”

The other suggested that Weinstein is exaggerating his back ailments in a bid for sympathy. “Harvey you can’t act for s— with that walker you made it look like a prize on the Price is Right,” the dismissed juror wrote. “Also they’re gonna crucify you.”

The disturbing thing, from Aidala’s perspective, is that both jurors had said on their questionnaires that they could be fair to Weinstein. Aidala argued that other biased jurors may well have ended up on the panel.

“Justice in this case will not be blind,” Aidala wrote. “There are undoubtedly other stealth jurors who have not betrayed their secret prejudices and remain on the venire, free to unleash their biases on the rest of the jury during deliberations.”

Weinstein’s lawyers asked the Appellate Division last Thursday to put a halt to jury selection while the change of venue motion was pending. That request was denied.

The defense first asked for a change of venue in August. The appeals court denied that request in October, without explanation.

Since Weinstein’s trial began earlier this month, the media has been at the courthouse every day, but the courthouse has only been roughly halfway full of members of the press, though the media attendance is expected to grow as the opening statements get underway this week. On Jan. 10, feminist protestors gathered outside the courthouse with a loud chant, which Weinstein’s lawyers argued was a distraction to jurors.

Justice James Burke said jurors would be able to tune it out.

“The reality is that people chant and protest outside this courthouse more often than not,” Burke said.

In response to Weinstein’s team frequently noting the heavy media attention, Burke noted of the press, “There has not been a carnival atmosphere… Everybody has been very well behaved. And as for inside the courtroom, it has been a very modest and moderate atmosphere. The press are to be applauded on how well they have maintained themselves. They have done absolutely nothing thus far to cause any stir.”

Weinstein is on trial for five charges, including rape and sexual assault. The former movie mogul is facing life in prison over criminal charges that he raped woman in a New York hotel room in 2013, and forcibly performed oral sex on another woman in his Manhattan apartment in 2006. Aside from the New York charges, Weinstein also faces sexual assault charges in Los Angeles.