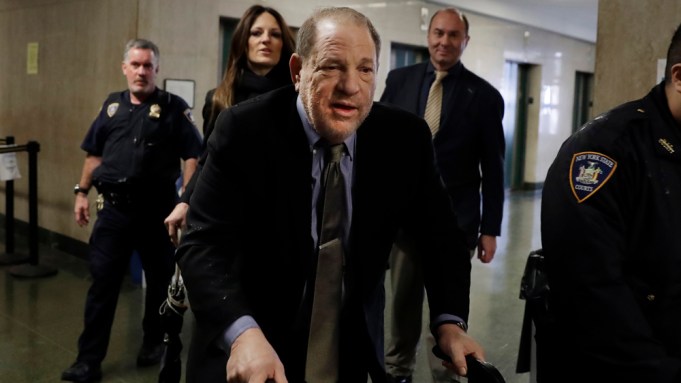 Deliberations in Harvey Weinstein’s rape trial are slated to begin on Tuesday, but there were plenty of fireworks even before Justice James Burke could give jurors instructions.

Before the jury was called in, prosecutors accused the former movie mogul’s lawyers of jury tampering, vociferously objecting to a Newsweek op-ed. The article, penned by Weinstein’s lead attorney Donna Rotunno, implored the jury to “look past the headlines” and “to base their verdict solely on the facts, testimony and evidence presented to them in the courtroom.”

Manhattan Assistant District Attorney Joan Illuzzi objected to the piece, saying it violated judicial behavior and was clearly written at the behest of Weinstein. “If this is conduct that is allowed to persist in the courtroom, we are all lost,” she said.

Justice James Burke took no immediate action other than to remind attorneys not to speak to the press.

“Mr. Weinstein,  I would caution against the tentacles of your public relations juggernaut,” Burke said.

Weinstein, once a major force in indie film as the producer of “Shakespeare in Love” and “The King’s Speech,” faces five criminal charges. These stem from the allegations brought on by Jessica Mann and Miriam Haley, who both testified. Since the monumental trial began on Jan. 6, six women, including actress Annabella Sciorra, have been called to testify to prove a pattern of predatory sexual assault. But the main charges rest on the testimonies of Mann and Haley, who have accused Weinstein of rape and sexual assault.

Mann, who was embroiled in a complicated relationship with Weinstein, has accused him of rape in 2013 in a New York City hotel room. Haley, a former “Project Runway” production assistant, accused Weinstein of forcibly performing oral sex on her in his New York City apartment in 2006, where she thought she was meeting him for business purposes. Sciorra testified that Weinstein raped her in the early 1990’s after showing up to her apartment unannounced.

Weinstein could be convicted, acquitted on all charges, found guilty, or not guilty of others, posing a potentially complex outcome. If convicted on all five charges, the maximum sentence is life in prison.

During closing arguments, Weinstein’s defense illuminated holes in the women’ testimony, aiming to prove that the female accusers wanted to engage in a consensual relationship with Weinstein for their own personal and professional benefit. Rotunno said that women need to be held accountable for their own choices. The prosecution, lead by Illuzzi, argued that Weinstein is a rapist and a serial predatory who used his power and position in Hollywood to abuse and sexually assault women.