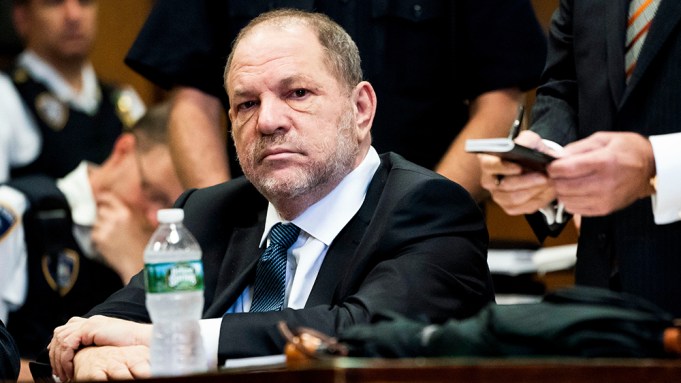 Harvey Weinstein’s attorney, Donna Rotunno, implored a New York jury on Thursday to exonerate the former movie mogul, arguing that his accusers have shirked responsibility for their own actions.

Rotunno used her closing argument to urge jurors to set aside any prejudice they may have against Weinstein, and to rely instead on their “New York City common sense.” She argued that the women who allege that Weinstein sexually assaulted them were embarrassed about having used the movie producer to advance their own careers.

“In their universe, women are not responsible for the parties they attend, the men they flirt with, the hotel room invitations, the plane tickets they expect, the jobs they hope to obtain,” Rotunno said. “In this universe, they aren’t even responsible for sitting at their computers and emailing someone across the country… In this script, the powerful man is the villain and he is so unattractive and large that no woman would want to sleep with him.”

Weinstein is facing five counts of rape, criminal sex acts, and predatory sexual assault, and could face life in prison if convicted. The prosecution called six women to testify about their alleged assaults, but the case rests largely on the allegations of two of them: aspiring actress-turned-hairdresser Jessica Mann, and former “Project Runway” production assistant Miriam Haley. Mann alleges that she was trapped in a predatory relationship with Weinstein, and accuses him of raping her at a DoubleTree Hotel in Manhattan in March 2013. Haley has accused Weinstein of forcibly performing oral sex on her at his apartment in Soho in 2006.

Rotunno spoke to a packed and hushed courtroom in downtown Manhattan, where throngs of media had assembled in the early morning hours to get seats. Dozens of members of the public were denied entrance, but huddled just outside the court room, eager to find out what was going on behind closed doors. Among those in the audience was Rotunno’s father. As her client looked on with rapt attention, Rotunno returned to a theme that she has struck in interviews ahead of the trial, suggesting that the #MeToo movement had gone too far. She said that prosecutors had portrayed Mann and Haley as lacking “autonomy” or “common sense.”

“What are we doing to women?” she asked. “Women have choices.”

Addressing Haley’s allegations first, Rotunno pointed to an email that Haley sent Weinstein in 2008, in which she signed off, “Lots of love.”

She also noted that Haley is represented by Gloria Allred, and suggested that Haley intends to file a lawsuit. “Civil lawyers give scripts to their clients so that they don’t have to admit to you that they’re looking for money,” Rotunno said.

“Of course you have doubt,” she continued. “How could you not?”

Turning to Mann, Rotunno noted that Mann has acknowledged they were in a consensual relationship. She cited emails that Mann had sent, in which she said things like “Miss you big guy,” and made sure that Weinstein had her new phone number. She also cited a message in which Mann said she that was “blowing a super rich Hollywood producer.”

“This is not the way you would characterize your relationship with your rapist,” she said.

She also argued that Mann’s own account of the alleged rape at the DoubleTree Hotel showed that it was a consensual encounter. Mann testified that she tried to get out of the hotel room, but that Weinstein blocked the door. At that point, Mann said that Weinstein ordered her to undress, and she felt compelled to obey him.

“What does she do?” Rotunno asked. “She gets naked and she lays on the bed. This is not a rape. This is someone who agrees to do what has been discussed.”

Rotunno also introduced a new assertion, saying that if Mann had actually been raped, she would have gotten tested afterward for sexually transmitted diseases.

Mann testified in explicit detail, saying she felt repulsed by Weinstein’s naked body. She described his genitalia as deformed, and said she never had any sexual attraction to him. Rotunno argued that, nevertheless, she chose to have sex with him because she could get something out of it.

Rotunno said she felt sorry for Mann, and called her a “victim of the state,” saying the prosecution had “used” her. She also urged jurors not to be swayed by their emotions, or by public sentiment.

“Here, in New York City, in the United States of America, we don’t cave to the pressure,” said Rotunno, adding, “You should never feel bullied or pressured to change your decision… Stand your ground… Historically, you are the last line of defense in this country, from the overzealous media, from the overzealous prosecutors.”

Shortly before Rotunno began her remarks, Justice James Burke asked Weinstein if he was certain about his decision not to testify in his own defense, noting that the movie producer had told media he had wanted to share his side of the story.