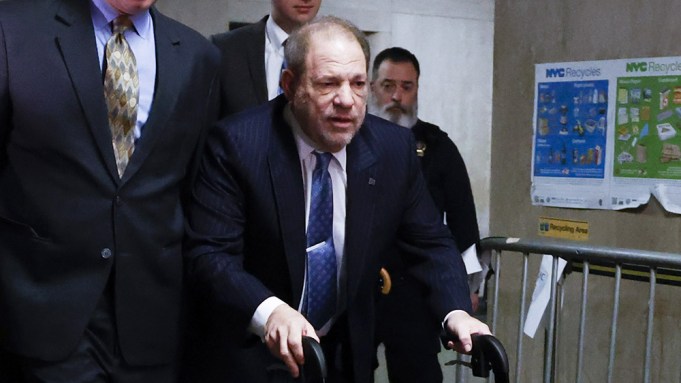 The prosecution in the Harvey Weinstein trial rested their case on Thursday, after concluding with the testimony of the sixth and final sexual assault accuser.

Weinstein’s defense team is expected to call its first witness later on Thursday afternoon, and will spend the next three days trying to rebut the allegations against the producer.

Weinstein is accused of five charges, including rape and predatory sexual assault. The trial in Manhattan Supreme Court has captivated much of the country and Hollywood, and is seen as a key test for the #MeToo movement.

The prosecution — lead by Manhattan Assistant District Attorney Joan Illuzzi, along with Assistant District Attorney Meghan Hast — brought in six women who accused Weinstein of sexual assault and rape, over the past two weeks. After calling in their final witness on Thursday, morning Illuzzi stood up and told Justice James Burke why they have proven Weinstein to be guilty of first-degree rape, third-degree rape and predatory sexual assault.

Six women were called to the stand to testify about their assaults, but the case rests largely on just two of them: aspiring actress-turned-hairdresser Jessica Mann, and former “Project Runway” production assistant Miriam Haley. Mann alleges that she was trapped in a predatory relationship with Weinstein, and accuses him of raping her at a DoubleTree Hotel in Manhattan in March 2013. Haley has accused Weinstein of forcibly performing oral sex on her at his apartment in Soho in 2006.

The prosecution called in Annabella Sciorra as their first witness to bolster two counts of predatory sexual assault. “The Sopranos” actress testified that Weinstein raped her at her apartment in late 1993 or early 1994.

In addition, the judge allowed three “prior bad acts” witnesses to give testimony about their own assaults, which was intended to establish a pattern of conduct.

The prosecution also brought in numerous of corroborating witnesses ranging from friends of the women, like actress Rosie Perez who bolstered Sciorra’s account of rape, and hotel employees who gave insight into Weinstein’s hotel stays at the locations of his alleged assaults, including the Peninsula Hotel in Beverly Hills, the Montage Hotel in Beverly Hills and the DoubleTree Hotel in New York City.

Weinstein has always maintained that all sexual encounters were consensual. Throughout the trial, Weinstein’s defense has argued that the women consensually engaged in sex with Weinstein because they wanted job opportunities and other benefits from him. To poke holes in their accounts, lawyers for Weinstein presented evidence of warm and friendly emails, texts and phone logs showcasing continuous communication between Weinstein and the accusing women. Some of the emails were loving and affectionate, Weinstein’s defense argued, with Mann writing, “I love you” and taking issue with being a “booty call” in some of the emails she sent to Weinstein over the course of five years.

If convicted in New York, Weinstein faces a potential life sentence. The former movie mogul also faces four charges in Los Angeles for allegedly raping one woman and sexually assaulting another in 2013, which carry a sentence of up to 28 years in prison. Weinstein’s criminal trial in New York City began on Jan. 6, with jurors told the trial could last until Mar. 6 — with the defense kicking off their case on Thursday, the trial seems likely to wrap earlier than expected.