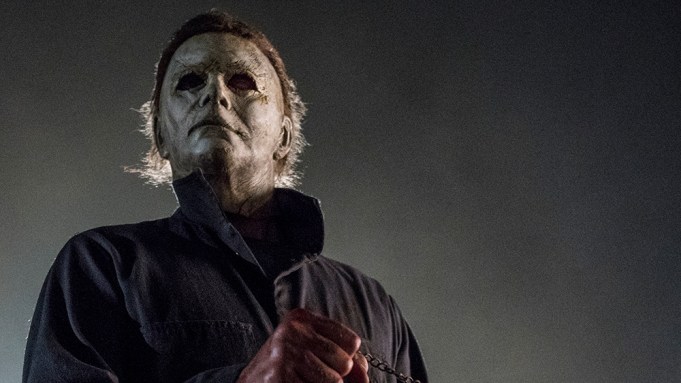 John Carpenter’s original “Halloween,” “Halloween 4” and “Halloween 5” are returning to theaters and drive-ins in more than two dozen U.S. markets in October.

The showings have been booked for a total of 225 screens, including 104 drive-ins through a partnership between CineLife Entertainment, Compass International Pictures and Trancas International Films.

“We are so excited to be bringing these films back, especially to drive-ins across the country where this iconic franchise launched,” said Ryan Freimann, senior vice president of Trancas and Compass. “Now, with the fall season growing closer, the drive-in format is helping keep both Halloween spirit and the cinema experience alive in these unprecedented times.”

The “Halloween” film franchise was started in part by Carpenter and Moustapha Akkad in 1978, and has led to 11 films that have grossed more than $600 million worldwide. The original “Halloween,” which premiered on Oct. 25, 1978, was directed and written by Carpenter about serial killer Michael Myers as he stalks and kills teenage babysitters on Halloween night. The film begins with six-year-old Michael killing his teenaged sister on Halloween in 1963; he escapes 15 years later from a sanitarium and stalks Laurie Strode (Jamie Lee Curtis) and her friends as they babysit.

The version of “Halloween” shown next month at drive-in theaters is a restored and remastered digital print, created under the supervision of cinematographer Dean Cundey.

“We are proud to partner with Trancas International Films and Compass International Pictures to bring this fan-favorite horror film to theaters worldwide,” said Bernadette McCabe, CineLife Entertainment’s executive vice president. “For generations of horror film fans who weren’t able to experience the original classic franchise in theaters, and even for those who remember when the films first premiered, we hope to capture the same thrilling and hair-raising atmosphere for all viewers to enjoy this quintessential Halloween experience.”

It is up to the discretion of the exhibitor in terms of which films are screening. Most drive-ins are presenting the three “Halloween” films back-to-back while indoor theaters are only showing the original.