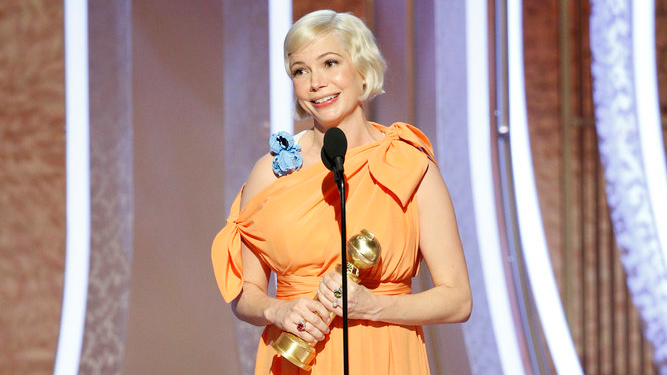 The fires in Australia, the Iran conflict and a woman’s right to choose were top of mind for many in Hollywood at the Golden Globes on Sunday.

Nicole Kidman, Russell Crowe, Ellen DeGeneres and others highlighted the bushfires sweeping through Australia, with Crowe telling the crowd at the Beverly Hilton in absentia (via presenter Jennifer Aniston) that “make no mistake, the tragedy unfolding in Australia is climate change based,” and urged people to move the global workforce to renewable energy.

Kidman, for her part, said she was “deeply upset and worried” by the fires, while “Fleabag” creator Phoebe Waller-Bridge, winner of the actress in a TV or comedy series, said backstage that she would be auctioning off the suit she wore to the Globes to fund wildfire relief efforts in Australia.

Meanwhile, Michelle Williams, accepting the best actress award for her role in FX’s “Fosse/Verdon,” made an impassioned speech advocating a woman’s right to choose.

Williams said that awards acknowledge not just the choices an actor has made but the decisions they’ve made as a person, and said she is grateful for the acknowledgement of the choices she’s made and for living in a time where “choice exists, because as women and as girls, things can happen to our bodies that are not our choice.”

“I’ve tried my very best to live a life of my own making, not just a series of events that happened to me but one that I could stand back and look at and recognize my handwriting all over, sometimes messy and scrawling, sometimes careful and precise, but one that I carved with my own hand I wouldn’t have been able to do this without employing a woman’s right to choose: to choose when to have my children, and with whom,” she said.

“Women, 18 to 118, when it is time to vote, please do so in your own self-interest,” Williams added. “It’s what men have been doing for years, which is why the world looks so much like them. But don’t forget, we are the largest voting body in this country. Let’s make it look more like us.”

When asked backstage at the Globes if she could elaborate on her comments, Williams said, “Not really.”

“Somehow I managed to fit it all in to a minute and half,” she said. “There’s so much to say but everything I wanted to say in that way happened up on the stage.”

“Joker” winner Joaquin Phoenix also lauded the HFPA for making the Golden Globes a vegan event, and “recognizing and acknowledging the link between animal agriculture and climate change. It’s a very bold move, making tonight plant-based. It really sends a powerful message to my fellow nominees. We all know there’s no f—ing contest.”

He called on his fellow Hollywood denizens to do better: “Together, hopefully we can be unified and actually make some — it’s great to vote but sometimes we have to take that responsibility on ourselves and make changes and sacrifices in our own lives, and I hope that we can do that. We don’t have to take private jets to Palm Springs sometimes or back, please. I’ll try to do better and I hope you will too. Thank you so much for putting up with me.”

Earlier in the night, Patricia Arquette encouraged viewers to vote this year in the presidential election. Referring to the escalating tensions between the U.S. and Iran following the Trump-authorized killing of Iran’s Gen. Qassim Suleimani, she noted that there are greater historical events in the making than the night’s Golden Globes.

“We will see a country on the brink of war, the United States of America, a president tweeting out a threat of 52 bombs including cultural sites, young people risking their lives traveling across the world, people not knowing if bombs are going to drop on their kids’ heads,” she said.