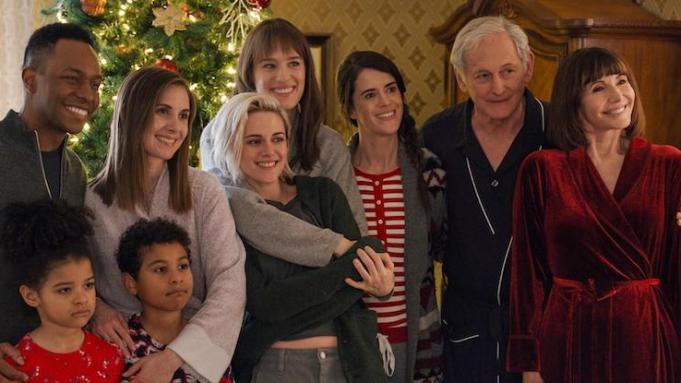 GLAAD and Outfest have partnered to produce a PSA with the cast and artists from the soundtrack of Hulu’s “Happiest Season” to discuss the importance of finding “chosen family” for LGBTQIA+ people during the holidays.

The PSA, which you can view above, features writer-director Clea DuVall, stars Kristen Stewart, Mackenzie Davis, Dan Levy, Alison Brie and Mary Steenburgen, singer-songwriters Carlie Hanson and Shea Diamond, executive producer of the film’s soundtrack and GLAAD board member Justin Tranter and drag queens BenDeLaCreme and Jinkx Monsoon, who also appear in the film, delivering messages of hope and solidarity with the queer community.

“The holidays can be tough for us LGBTQ+ people, especially in a time where we can’t be physically near the people who love and support us and make us feel good,” DuVall said. “From our chosen family to yours, we wish you all love, joy and pride.”

Romantic comedy “Happiest Season,” which premiered on Hulu in late November, tells the story of a young woman (Stewart) who plans to propose to her girlfriend (Davis) while at her family’s annual holiday party but is delayed when she discovers her partner hasn’t come out to her conservative parents. The movie also features Mary Holland, Aubrey Plaza and Victor Garber.

The song in the PSA, “Chosen Family,” is performed by Hanson. The PSA will be shared across GLAAD, Outfest, Hulu and Warner Chappell Music platforms and social media channels. Additionally, the “Happiest Season” soundtrack hit physical retailers Friday.