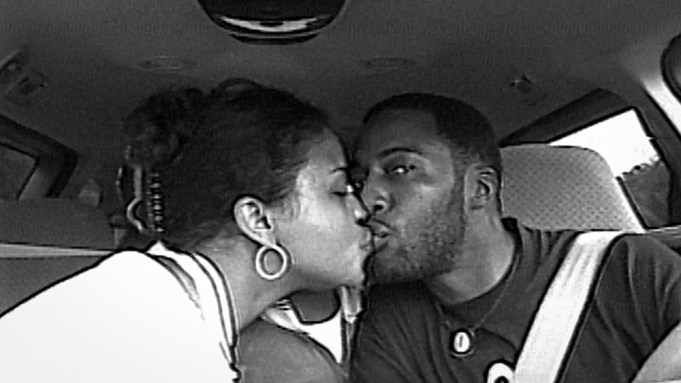 Garrett Bradley’s documentary “Time,” an intimate portrait of mass incarceration in America, will debut in select theaters on Oct. 9 before launching on Amazon Prime Video on Oct. 23.

“Time” had its world premiere at the 2020 Sundance Film Festival. At the annual Park City gathering, Bradley was awarded best director for U.S. documentary in competition, becoming the first Black woman to win that prize. The documentary will also screen at this year’s New York Film Festival.

Amazon nabbed the film out of Sundance, reportedly shelling out $5 million for global rights. “Time” generated rave reviews, with Variety’s chief film critic Peter Debruge writing, “the cumulative impact — boiled down into an open-minded and deeply empathetic 81 minutes — will almost certainly rewire how Americans think about the prison-industrial complex.”

“I could not be more humbled to have worked with the Richardson family who allowed me to bring their story to the big screen,” Bradley said in a statement. “In our collective effort with Amazon Studios, we are excited to share the values of the film and our passion in making the movie by bringing it to the world thoughtfully, authentically, and in as many spaces as possible.”

“Time” centers on Fox Richardson — an entrepreneur, abolitionist and mother of six — who has spent the last two decades fighting for the release of her husband Robert, serving a 60-year prison sentence. He’s behind bars for robbery they both committed in the early ’90s in a moment of desperation. The non-fiction film combines video diaries that Fox has recorded for her husband over the years, along with footage from her present life, to portray the resilience necessary to endure the country’s prison-industrial complex.

Bradley previously directed “Alone,” a short film that won a Sundance Jury Prize in 2017. She also served as a second unit director on Ava DuVernay’s Netflix limited series “When They See Us.”

Watch an exclusive clip of “Time” above.