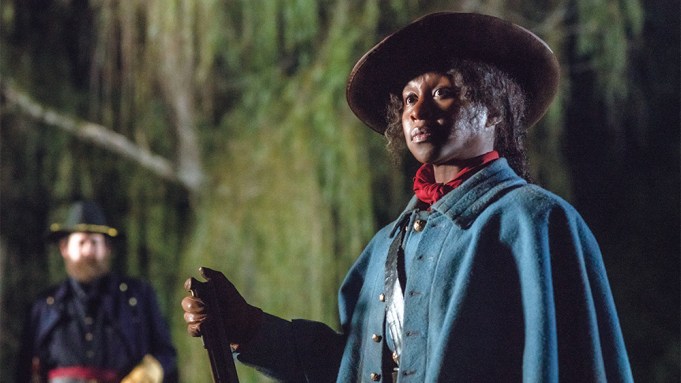 In celebration of Black History Month, Focus Features and Regal have partnered to offer free screenings of Cynthia Erivo’s “Harriet” in 50 theaters on Feb. 4 and Feb. 11.

The film depicts the life of African American hero Harriet Tubman, who was born into slavery in 1822 in Maryland. She escaped in 1849 and became a pivotal figure in the anti-slavery movement by conducting more than a dozen missions to rescue enslaved people using the network of antislavery activists and safe houses known as the Underground Railroad.

Erivo has been nominated for Academy Awards for best actress and best original song for “Stand Up,” which she co-wrote with Joshuah Brian Campbell. She was also nominated for a Golden Globe and a Screen Actors Guild Award.

“Harriet” premiered at the Toronto International Film Festival on Sept. 10. The film has been a solid performer for Focus with $44 million in North American box office on a $17 million budget.

Screenings will take place at 7 pm and 9:30 pm. Moviegoers can get free tickets through Gofobo here.