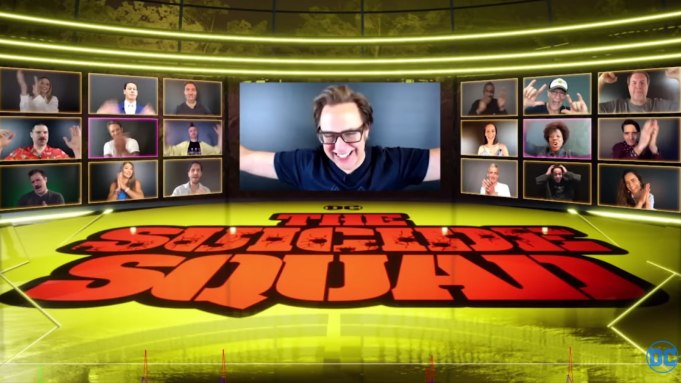 Warner Bros. Pictures released the trailer for DC Fandome: Hall of Heroes, scheduled to take place Aug. 22 on the website dedicated to the event. In it were tons of teases of the big names participating from Dwayne Johnson (who is playing the titular character in “Black Adam”) to Matt Reeves (director of “The Batman) to new looks at the next “Shazam” movie.

On the heels of this preview, DC Fandome also revealed that they will be splitting the virtual experience from its original one-day plan to two separate events, with the first occurring Saturday and the second taking place Sept. 12.

Hall of Heroes will feature eight hours of new content, from panels to special programming centered around some of the biggest DC Universe blockbuster films, comics, shows and games. Exclusive footage and sneak peaks for upcoming films will also be included in the program.

The trailer shows brief clips featuring stars like Gal Gadot, who plays Wonder Woman on the upcoming “Wonder Woman 1984” film, and Grant Gustin, whose take on the Flash has run on the CW since 2014. Its virtual stage was designed and drawn by comic-book artist Jim Lee.

Rocksteady Studios teased a possible Suicide Squad video game to be announced during DC Fandome, and director James Gunn tweeted that fans will be offered a glimpse at an upcoming film about the Suicide Squad.

The event’s run-time will be 24 hours, with the eight hours of content looping two more times. Hall of Heroes will not be available online after the event comes to an end. Viewers can access the events on both dates from a mobile device, laptop or desktop computer.

The Sept. 12 Explore the Multiverse event will offer access to five separate types of content, categorized into islands: WatchVerse, KidsVerse, InsiderVerse, FunVerse and YouVerse. The KidsVerse will also be offered on a separate website without access to the other four islands.

Check out the full schedule for Saturday’s Fandome Event Here.