Female Directors Behind Record Number of Films in 2019 (Study) 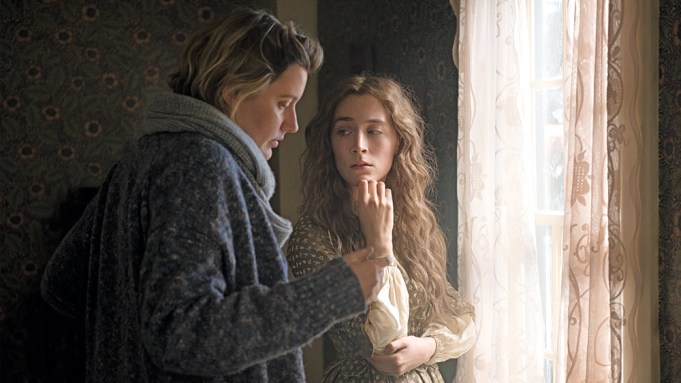 Hollywood’s glass ceiling may not be shattered, but it’s showing some cracks.

The number of top-grossing films directed by women reached record levels in 2019, according to a new study by the USC Annenberg Inclusion Initiative. Much of the past decade in the entertainment industry has been dominated by a debate about the lack of opportunities for women, people of color and members of the LGBTQ community. The findings seem to demonstrate that this wider public agitation had resulted in substantive change.

“We’re finally seeing some traction,” said Stacy L. Smith, one of the study’s authors. “A confluence of factors have led to a real moment in 2019.”

Over the past 12 months, the likes of Greta Gerwig (“Little Women”), Lorene Scafaria (“Hustlers”), Olivia Wilde (“Booksmart”), Lulu Wang (“The Farewell”) and Melina Matsoukas (“Queen and Slim”) helped propel the number of female-helmed movies to new heights — some 10.6% of the 100 highest-grossing films of the year were from female directors. In fact, two of the top 10 most successful global releases, “Frozen II” and “Captain Marvel,” were co-directed by women (Jennifer Lee and Anna Boden, respectively). It’s a big jump from 2018 when a meagre 4.5% of the top films were overseen by women.

Smith believes that there are a number of reasons for the improvement. In the wake of the MeToo Movement and the formation of Time’s Up, studios are facing more public pressure about and greater scrutiny over their hiring practices. At the same time, female filmmakers have been getting more chances to screen their work at prominent festivals, such as Sundance, and have been given more opportunities to work on television and on streaming services such as Netflix. That’s raising their profiles and making it harder for big studios to claim, as they have in the past, that there aren’t as many female filmmakers with the resumes needed to tackle big-budget narrative features.

Historically, the picture is bleaker. Since USC began keeping track of the number of films from women directors in 2007, the number of top-grossing pictures from female filmmakers has hovered at 4.8%. That amounts to a ratio of 20 male directors to every female one. The correlation between box office performance and the gender of the director is important because major studios tend to release most of these pictures, illustrating their hiring habits.

In 2019, one studio, Universal, led the way, backing five projects from female filmmakers such as Matsoukas and Tina Hall (“Little”), which represented more than a quarter of its slate. STX Entertainment was close behind, with 25% of its pics directed by women, while Sony and Disney committed 17% of their movies to female directors and Warner Bros. committed 16%. On the other end of the spectrum, Paramount had no films from women directors and has not made a single project with a female filmmaker in the past five years.

“It illuminates where we’re seeing traction and where there’s room for improvement,” said Smith. “Universal under [studio chief] Donna Langley should be lauded for ensuring that women get opportunities. Paramount needs to do more to give access and opportunity to these filmmakers.”

There are signs of progress across the industry. Women are getting tapped to oversee projects for television and streaming. In 2019, 20% of Netflix films were directed by women. Some 31% of episodic television programs were helmed by female directors over the last two years. Female filmmakers also made strides in the indie front, directing 34.5% of narrative features that were selected over the past five years to screen at the Sundance Film Festival.

The study comes after the Golden Globes were sharply criticized for failing to recognize any female filmmakers, shutting out the likes of Gerwig and Wang in favor of an all-male collection of nominees. But the USC report demonstrates that other awards bodies are also largely ignoring the work of female directors. A survey of top award nominees from 2008 to 2020, found that only 5.1% of best director award nominees across the Golden Globes, Academy Awards, DGA Awards and Critics’ Choice Awards were women. Only four individual women have been nominated for these awards, and just one woman, “The Hurt Locker’s” Kathryn Bigelow, has actually won the prize.

Critically, there’s very little difference in the way that female filmmakers and their male counterparts’ works are received. An average score from review aggregator Metacritic was virtually identical in the case of projects by white male, white female and male underrepresented directors. It was more than eight points higher for films directed by women from underrepresented communities.

“That suggests that when studios look for the best person for the job, they’re not basing those decisions on objective criteria,” said Smith. “It’s based on subjective criteria.”

There’s always the risk that 2019’s gains will be reversed. On paper, however, 2020 looks to be a particularly strong one for female filmmakers, with women directors being handed the reins on many of the biggest titles set for release next year. One Disney action-adventure, “Mulan,” will be directed by a woman, and all four major superhero movies — “Birds of Prey,” “Black Widow,” “Wonder Woman 1984” and “Eternals” — are helmed by female filmmakers. Many of these movies will likely rank among the highest grossing films of the year.

“2020 will be an extraordinary year for female directors,” said Smith. “That’s important, because we’re seeing women being given opportunities to direct action movies and not just smaller, independent films. … Progress will come when females are given the opportunity to carry movies behind the camera across genres and budget ranges.”