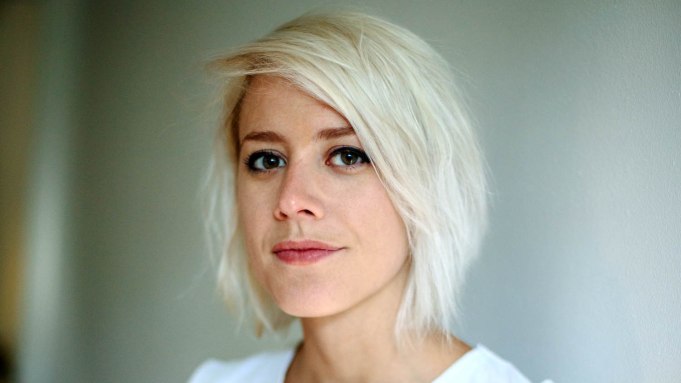 Premiering worldwide at Visions de Réel and looking for wider distribution, Mo Scarpelli’s “El Father Plays Himself” will stream April 25 to May 2 to a limited audience of 500 as the Swiss festival handles the almost ontological dilemmas that come with the pandemic.

Produced by Rake Films, Ardimages U.K. and La Faena Films, in association with Channel6 Media, Feverfilm and Tres Cinematografía, the documentary follows a father and son as they shoot a film in which the Father plays himself, in the middle of the Amazonian Jungle.

What comes out is a deeply human portrayal that, much like the trailer, manages to speak volumes while saying very little explicitly; a not at all easy task that seems almost effortless under the eye of its director and cinematographer Mo Scarpelli, who has shown a talent for finding images that establish a dialogue with their viewer. Variety talked with Scarpelli for the release of the new trailer.

There’s a moment during the film where you put on screen one of the eternal debates of filmmaking, more often dealt in documentary, which is how to portrayal someone real, and thus the responsibility that this entails. The viewer is suddenly aware that same question falls to the director of the documentary. What were your guiding lines when shooting and working with the editor in this portrayal?

This responsibility is exactly what terrifies me and drives me to make documentary films. Part of my interest is to interrogate what “documentary” representation entails. I cannot say I have set rules about how to navigate the edit every time; every film is different. To see someone’s experience in the world as valid (even their violent or dangerous behavior) happens when you stay very close to them and feel those things are coming from within; you linger enough maybe to earn a way to allow them to be seen. If your character says, “show everything,” it doesn’t mean you do. You have a responsibility to your version of them because it says not who they are, but who you are and how you see the world. Negotiating this in the edit was quite fluid on this film though, because I am fortunate that my editor, Juan Soto, is also concerned with the negotiation of representation; the limits of cinema to represent the “real.” He interrogates the construction and uses of reality more thoroughly than I do, and honors a sense of neorealism which reflects how I see (how I film) — that “what happened, happened,” we should sit with, and let it tell us something and that the cut should have nothing to do with moralizing this.

Another meta moment from the film is when the Father acknowledges your presence. Which makes one wonder how this project came to be and what was your presence on and off set for its protagonists?

Jorge is my fiancé. He invited me to shoot the making-of for his film “La Fortaleza,” which featured his father (we call him “el Father”). Once in Venezuela, I found myself completely uninterested in the exterior conflicts of making a fiction film; instead, I gravitated towards Father — a vastly complicated man learning to access his real emotions in a film written by the person he loves most (his son), based on a character he was at intense odds with (himself). Both father and son had regrets, unsaid pains, unspent time. And here they would go to the remote Amazon jungle to wrestle this via film. Where would this take them? That became my film. My presence was carte blanche. I literally slept with the son/director (I was privy to everything all the time) and became a close friend and sort of daughter to the father/actor. Both respect me and my way of working, which is that I just keep waiting and watching their every move. I was family. What I made would reflect on them and me forever, there was no walking away. I had to “put my stars out” as Salinger says. No short cuts. No tricks. I had to honor the way I see, fully; I owed them and myself that.

The film is like a nesting doll as it captures the making of a fiction of reality. Given the first and last shot, what was the center of the matryoshka for you and how was the process of finding it?

That is exactly what it felt to make it – layers revealed more layers. The center of this was a moment in Jorge’s film (one of the few times in my film actually where we see what they shoot on set) where Jorge asks Father to leave him voice messages on the phone reflecting how he feels that his son hasn’t returned to Venezuela to work with him. Father takes this scene to lengths that haunt me still. This was hard to film for Jorge’s crew and it was hard for me to film because it dug into something I can’t really describe… an emptiness at the core of things. That scene itself is a matryoshka of the exact something that I wanted to pursue. It guided everything else in the film.

This is your second feature working as both director and DoP, a combination that offers some great advantages but comes with a lot of work. What have you learned making features through a creative process in which the entire image depends on you?

I love the singularity of this relationship that happens when it’s you, a camera, and another. You go behind it; you are just an eye. They trust that eye sees them; that eye is their ally in a way, just by watching them. You’re an eye so you can’t talk, interact, interject. It’s your job to watch, to see. That’s it. And that is sufficient, for you, for them. Of course, I am human, so I mess it up, I run out of a battery, and when you miss something, you have no one to blame but yourself. Maybe that’s a good thing, too. It keeps you lingering longer overall; you’re the only one who cares that much about waiting for someone to betray their exterior. You trust they will, because we all (I think) want to be naked in some way; they have decided to be naked to you, without maybe even knowing they have. Other films I will make will probably require more technical prowess; but this one is me, a camera in my arms, and an eye waiting, watching, trying to see.