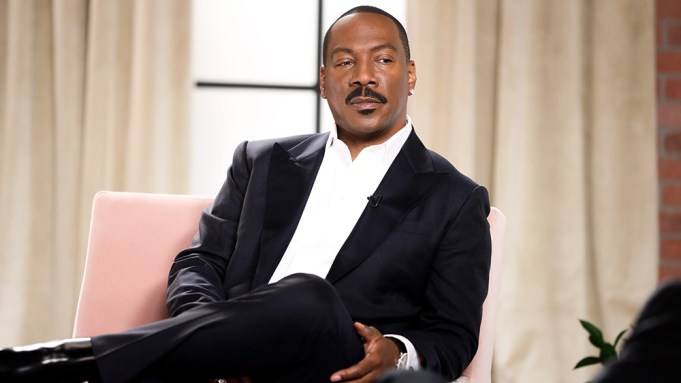 “Coming 2 America” is making one more connection before it arrives to American audiences.

The long-anticipated sequel to the Eddie Murphy classic is in the process of being sold by distributor Paramount Pictures to Amazon Studios, in a deal worth roughly $125 million, insiders said. The expected streaming premiere date is December 18, sources added.

Final details are being hammered out, sources said, including two complex consumer marketing tie-ins with McDonalds and whiskey brand Crown Royal, which are expected to transfer over to Amazon Studios with the film. Murphy, who produced, as well as stars in the film, has to give his blessing.

The sale is said to be a priority for Amazon Studios chief Jennifer Salke, who has been on the hunt for more commercial fare with the recent acquisition of the sequel to “Borat,” and another Paramount acquisition in the Tom Clancy adaptation “Without Remorse” starring Michael B. Jordan. the studio also picked up Regina King’s One Night in Miami,” which is expected to be an Oscar contender.

In light of ongoing movie theater closures and countless blockbusters changing release dates, Paramount had been exploring numerous options in recent weeks for the tentative Christmas Day release of “Coming 2 America”  — including selling the rights in-house at owner Viacom’s streamer CBS All Access, sources said. Other streaming services also looked that the film.

The project is one of several that Paramount has sold this year to streamers, including Aaron Sorkin’s “Trial of the Chicago 7” and the action comedy “Lovebirds,” both of which went to Netflix. The studio sold “Without Remorse” to Amazon.

The first “Coming to America” was directed by John Landis in 1988, and saw Murphy as the charming African prince Akeem, who traveled to New York City to escape an arranged marriage. Arsenio Hall, James Earl Jones, Shari Headley and  John Amos co-starred. The film grossed nearly $300 million at the worldwide box office.

In the sequel, Prince Akeem is set to become king of the fictional country of Zamunda when he discovers he has a son he never knew about in America — a street-savvy Queens native named Lavelle. To honor the former king’s dying wish to groom his grandson as the crown prince, Akeem and Semmi set off to America. Murphy, Hall and Jones are reprising their roles. The film stars Jermaine Fowler and supporting cast includes Tracy Morgan, Leslie Jones, Arsenio Hall and Wesley Snipes.