Eddie Hassell, Actor in ‘The Kids Are All Right’ and ‘Surface,’ Dies at 30 After Being Shot 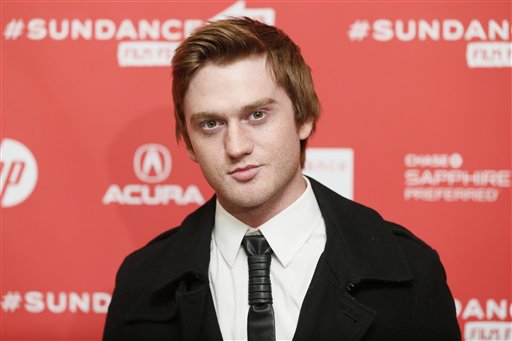 UPDATE: On Wednesday, police arrested D’Jon Antone, 18, who is suspected of murdering actor Eddie Hassell in a robbery on Nov. 1.

Hassell, best known for his roles in the 2010 Oscar-nominated film “The Kids Are All Right” and the NBC TV show “Surface,” died on Sunday after being shot in Texas, Hassell’s manager tells Variety. He was 30.

According to his representative, Hassell was shot in the stomach Sunday morning around 1:50 a.m. in Grand Prairie, Texas outside of his girlfriend’s apartment in what appears to be a carjacking, although the incident is still being investigated. The Grand Prairie Police Department has confirmed that the motive for the shooting is unclear and there is currently no suspect in custody, but a car was taken from the scene and later recovered. Hassell’s manager says that Hassell’s girlfriend was in her apartment at the time he was shot and did not see the assailant. Neighbors came to Hassell’s assistance and called emergency services. He died at the hospital.

Hassell was born on July 16, 1990 in Corsicana, Texas. He held several small roles throughout the 2000s and 2010s, most notably as Clay in the 2010 film “The Kids Are All Right,” also starring Julianne Moore and Mark Ruffalo. “The Kids Are All Right” earned a best picture nod at the 2011 Oscars. He also played Phil Nance on NBC’s sci-fi series “Surface,” acting alongside Leighton Meester and Lake Bell.

Besides “The Kids Are All Right,” Hassell held roles in movies like “2012,” “The Family Tree,” the 2013 Steve Jobs biopic “Jobs,” “Family Weekend” with Kristin Chenoweth and Joey King, “House of Dust,” “Warrior Road” and “Bomb City.” 2017’s Bomb City won the audience award that year for best narrative feature at the Dallas International Film Festival. His most recent credit is for the 2017 film “Oh Lucy!” as a waiter.

Beyond acting, Hassell was an avid surfer and skateboarder. In a 2013 interview with Elle, Hassell said: “Skateboarding’s been a huge part of my life, it also got me cast in commercials. I was into horseback riding and rodeos in Texas and when I moved to L.A., I got into skating. I did all my own stunts. I’m into anything with a board: surfing, wakeboarding.”

Hassell’s family has launched a GoFundMe page for his memorial service here.