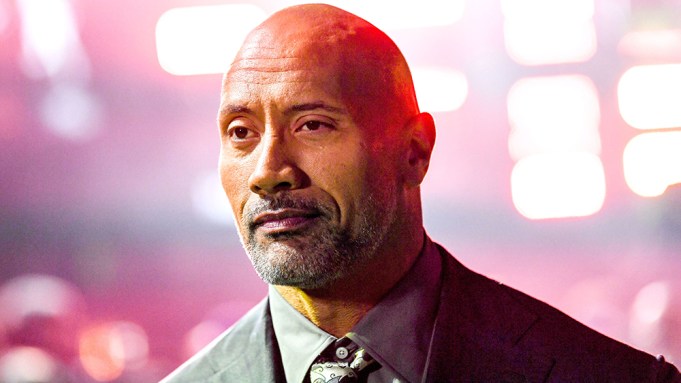 “Where are you? Where is our leader?” Johnson starts out by asking. “Where is our leader at this time when our country is down on its knees, begging, pleading, hurt, angry, frustrated, in pain with its arms out, just wanting to be heard?”

The actor repeatedly asks, “Where are you?” throughout the video, which lasts eight minutes and 25 seconds. Floyd died on May 25 after a Minneapolis police officer, who has since been charged with second-degree murder, held his knee on Floyd’s neck for eight minutes and 46 seconds.

“Where is our compassionate leader who’s going to step up to our country who’s down on its knees, and extend a hand and say, ‘You stand up, stand up with me because I got you. I hear you, I’m listening to you. And you have my word that I’m going to do everything in my power, until my dying day, my last breath, to do everything I can to create the change that is needed, to normalize equality because Black lives matter.’ Where are you?” Johnson says.

Though Johnson doesn’t refer to Trump by name, it’s clear he is speaking about the American president. The monologue is one of the strongest political stances he has openly taken during his career.

“Of course, all lives matter, but in this moment right now, this defining, pivotal, explosive moment where our country is down on its knees…we must say the words: Black lives matter,” he says.

Trump’s comments and tweets about protesters and suggesting violence against looters have been widely criticized by other celebrities and politicians.

“We must become the leaders we are looking for. I’ll ask it one more time: Where are you? Where is that compassionate leader who steps up and takes accountability for his country and all the people in our country?” Johnson says. “Where are you? I’ll tell you what, we’re here. We’re all here. The process to change has already begun. You can feel it across our country. Change is happening. It’s going to take time. We’re going to get beat up. We’re going to take our lumps. There’s going to be blood, but the process of change has already begun.”

Johnson has previously taken in interest in politics himself. In 2017, the A-lister told Variety he would “100% consider” running for office. On Wednesday evening, some fans commented on Johnson’s video post that he should run for president; others expressed disappointment with him getting political.

“I’m well aware politics is not the business I’m in, so the best thing I can do is continuing to listen and learn as much as I can,” Johnson told Variety in late 2017, when asked about his political ambitions. “I’m continuing to watch our presidency and watch how every new development is handled. I continue to watch our leaders in government, and like all Americans, I continue to be hopeful that our leaders exhibit poise, perspective and the ability to bring our country together during these tough times — which I don’t feel our presidency is currently doing — so that’s where I’m at.”

This week, to support Blackout Tuesday, Johnson posted an image of a black square on his Instagram account, like many people around the world did to show solidarity with protesters. He posted messages from his production company, Seven Bucks Productions, and his Teremana Tequila business.

“We have a deep accountability to our Black community, and we demand equality,” he wrote.

Johnson also posted a photo last week with a quote from Floyd, “I can’t breathe,” along with a lengthy caption with his thoughts on the tragedy.

“Where’s the greater accountability? The leadership to healing. More importantly, the leadership to EQUALITY. We ultimately win when we can normalize equality,” he wrote. “I’m so sorry to the Floyd family. My heart breaks for you.”

Past few days I’ve been stunned trying make sense of George Floyd’s death. The video. The plea for breath. The callous response. The racism. The killing. This is our ongoing disease. I’ve had cops in my family. Good men. And there’s a cop code, granting you the authority to use force if your life is in danger. But when a man is handcuffed, on the ground, no longer a threat, with your brothers in arms standing around watching and he struggles to say, “please I can’t breathe” when your knee is on his neck.. not his back, but his neck – cutting off his air. Cop code must become moral code. Ethics code. HUMANITY code. Knowing that if you don’t ease up, then that man is going to die. So when you decide to not ease up, your intention is to kill. And that’s what this was. George Floyd, said “officer I can’t breathe” as he struggled for air. He said these words a total of 15 times. Not once. Not twice. 15 times. These officers will be charged, I’m positive of that. Held accountable. But then where’s the greater accountability? The leadership to healing. More importantly, the leadership to EQUALITY. We ultimately win when we can normalize equality. I’m so sorry to the Floyd family. My heart breaks for you. Let the process begin now. #JusticeForGeorgeFloyd #NormalizeEquality