Why Julia Louis-Dreyfus and Will Ferrell Teamed Up for ‘Downhill’ 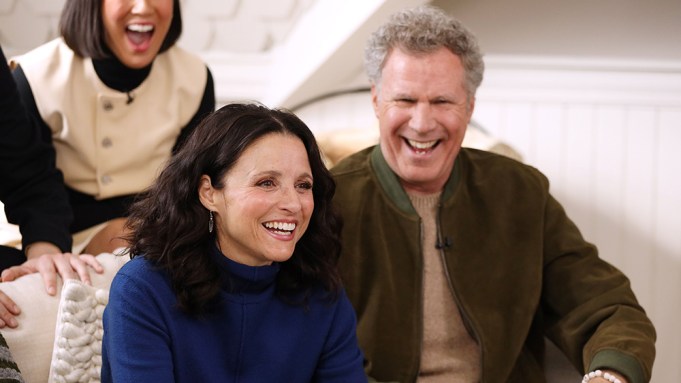 “We were really hoping that they would invite us to be here. We thought it was a great way for the film to launch,” Julia Louis-Dreyfus said, reflecting on why she was excited for her latest film, “Downhill,” to premiere at the Sundance Film Festival — though the setting of the film (a ski resort) and the premise (a couple is forced to reevaluate their relationship after facing a near-avalanche) might hit a little too close to home for the cinephiles in Park City, Utah.

“We were hoping for a bigger dump of snow so there were some avalanche warnings and some serious threats just to elevate the film,” the film’s co-director Nat Faxon joked, before Will Ferrell quipped, “I did hear the sounds of avalanche cannons this morning, from my hotel room. It was comforting.”

The group gathered at Variety’s Sundance Studio, presented by AT&T, recalling the behind-the-scenes stories of the American adaptation of the 2014 Swedish film “Force Majeure.”

“I was a massive fan, of course, of ‘Force Majeure’ and Ruben Östlund, who was the director, was very eager, very excited about the idea of an American adaptation,” Louis-Dreyfus explained. “And there are fundamental aspects of this story that I thought would be really interestingly told from an American point of view, because the film is quintessentially Swedish in the most wonderful way. But I thought it would be fun to sort of riff on what that film is about, which is what we do, really.”

She continued: “The essence of the movie is about a reality shifting, a reality where a lens is in front of it. The lens is taken off and the reality is quite different after that fact. And I thought that was a really intriguing notion.”

Louis-Dreyfus worked for five years to get the film off the ground, producing her first feature with her “Enough Said” collaborator Anthony Bregman and Searchlight Pictures.

Louis-Dreyfus also helped assemble an on-camera ensemble that included Zach Woods, Zoe Chao and Ferrell — whom, to a surprise to many, not only never worked together before, but also never met.

“It was fantastic and we couldn’t believe that when we got together … we really hadn’t met before,” Louis-Dreyfus said of working with Ferrell. “And when we did meet it was on this project to discuss the script and we immediately sort of were simpatico. We work very well together.”

Of his reasons for signing on, Ferrell said, “It’s an amazing project … just such a meaty husband-and-wife story, that’s so unique and you know, built around this premise, this outside set of circumstances — what’s going to be just a pleasant run-of-the-mill trip and [the avalanche] completely turns it upside down.”

Having the two comedians in the same film also presented a unique challenge.

“It was very important to us to be able to sort of straddle the drama and comedy at the same time, in the way that life does and keep it authentic and earned and truthful,” Louis-Dreyfus explained.

And when it came time for the massive confrontation scene, the actors tackled the challenge, filming in single takes over three days.

“It was very personal. It was very intimate. It was like doing theater, because we did it without stopping. We would go through and go through,” Louis-Dreyfus recalled. “It was very arduous, but it was absolutely thrilling all at the same time. It was really fun. It felt like we were just working on all cylinders as actors.”

Ferrell added: “And then all of a sudden you’d find just another little, you know, way to play it, another reservoir to draw upon, you had no idea was there.”