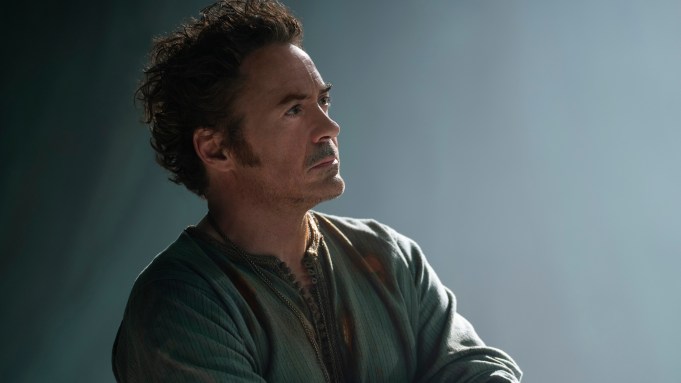 Universal’s fantasy-adventure grossed $925,000 from Thursday night previews from 3,050 North American theaters, with showings beginning at 5 p.m. The film, projected for a four-day opening of $22 million to $25 million, carries a $180 million-plus price tag.

“Bad Boys for Life,” meanwhile, launched solidly with $6.4 million at 3,154 North American locations. That’s a new record for a January preview, topping the $5.3 million mark by “American Sniper” in 2015.

Sony’s sequel to 1995’s “Bad Boys” and 2003’s “Bad Boys II,” which began preview showings starting at 4 p.m. on Thursday night, should collect $38 million from 3,740 venues over the four-day holiday weekend. The film reunites Will Smith and Martin Lawrence as old-school cops taking down the leader of a Miami drug cartel, and carries a $90 million production budget.

“Bad Boys for Life,” from directors Adil El Arbi and Bilall Fallah, has generated a mostly positive reception, with a 76% score on Rotten Tomatoes. The buddy comedy is expected to easily win the four-day Martin Luther King Jr. holiday weekend.

“Dolittle” stars Downey as a veterinarian able to talk to animals. The movie, panned by critics and marred by production problems, looks to be another dud for the studio. It carries a dismal 17% score on Rotten Tomatoes.

“Dolittle” will be battling Universal’s “1917,” which won last weekend impressively with $37 million. The World War I epic could earn another $25 million this weekend after picking up 10 Oscar nominations on Monday, including a best picture nod.

“With the box office year of 2020 off to a running start, a solid MLK weekend is in the cards with the potential for one of the biggest January opening weekends of all-time with ‘Bad Boys for Life,’ ‘Dolittle’ poised to draw underserved family audiences, and multiple awards contenders in the mix,” said Comscore senior media analyst Paul Dergarabedian.