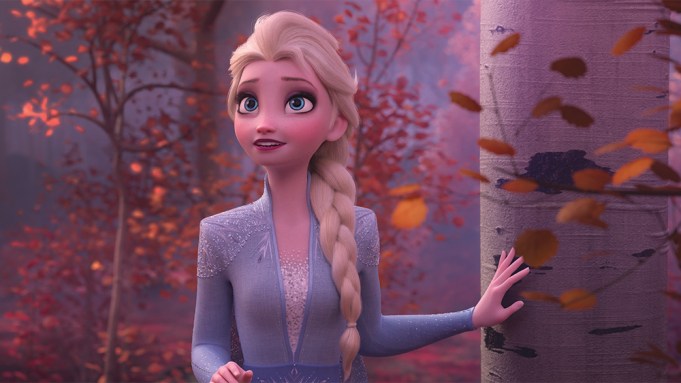 The Walt Disney Company is taking the edge off of “social distancing” from the coronavirus this weekend, by streaming the animated blockbuster “Frozen 2” three months ahead of schedule.

Disney Plus aims to surprise families this Sunday with “some fun and joy during this challenging period,” referring to the global pandemic of COVID-19, which on Friday was declared a national emergency.

“‘Frozen 2’ has captivated audiences around the world through its powerful themes of perseverance and the importance of family, messages that are incredibly relevant during this time, and we are pleased to be able to share this heartwarming story early with our Disney+ subscribers to enjoy at home on any device,” said Disney CEO Bob Chapek in a statement.

Internationally, “Frozen 2” will be available on Disney Plus in Canada, the Netherlands, Australia and New Zealand on Tuesday, March 17.

It has already been available for rental or purchase on platforms such as Amazon and iTunes since Feb. 11.

In his review, Variety‘s Peter Debruge praised the film’s progressive themes and message for young girls.

“Gone is the need for a conventional villain; gone are any expectations of princes charming or otherwise; gone are the gowns that have shaped young women’s dreams of prom and wedding attire for more than a century. “Frozen II” pushes the girl-power themes even further,” he wrote,” rejecting dresses in favor of pants for much of the adventure, as Anna and Elsa set out to find the source of a mysterious song emanating from somewhere far to the north — a mythical place called Ahtohallan that holds the secret of their parents’ disappearance.”