Director Jon M. Chu Promises ‘In the Heights’ Will Hit the Big Screen: ‘It Demands to Be in a Theater’ 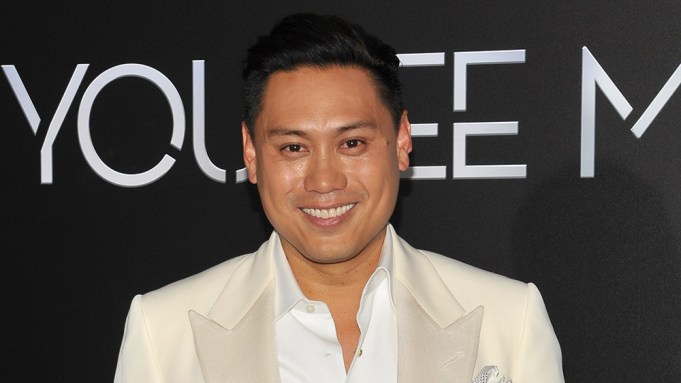 Director Jon M. Chu promises “In the Heights” will make its theatrical debut. Exactly when, of course, is another question as the coronavirus pandemic prompted Warner Bros. to hit the “pause” button on the film’s scheduled June 26 release indefinitely. Screenings of early cuts of the film had already begun when the pandemic broke.

“I hate the word ‘indefinitely’ because it’s sort of open-ended. We’re gonna have a date. It’s just about if we choose a date now, we’d probably have to shift it later. So, we’re not going to commit to one now,” Chu said on the “Variety After-Show.”

The film — starring Anthony Ramos — centers on the largely Hispanic neighborhood of Washington Heights in Manhattan and is based on a hit musical written by Lin-Manuel Miranda and book by Quiara Alegría Hudes.

But it’s the smaller screen that houses Chu’s most recent project, one that he said was partly inspired by his own experience as a father of two young children. Chu executive produced and directed several episodes of “Home Before Dark,” a mystery-drama series now streaming its freshman season of 10 episodes on Apple TV Plus.

The show stars Brooklynn Prince as Hilde Lisko, a pre-teen journalist who uncovers the dark secrets of her father’s lakeside hometown after the family moves there. Jim Sturgess stars as Hilde’s father Matt.

The series is based on real-life child journalist Hilde Lysiak who, at age 9, published her own local paper, the “Orange Street News,” and famously broke news of a homicide in Selinsgrove, Penn. in 2016.

“I love this idea of ‘the children are going to save us,’ so I immediately was on board,” said Chu. He added that while the series is Amblin-inspired in tone — referring to Steven Spielberg’s production company, Amblin Entertainment which helmed family-friendly ‘80s staples like “E.T. the Extra Terrestrial” and “The Goonies” — it doesn’t shy away from darker subject matter.

“We were never going to look down on Hilde’s experience [as a child], but at the same time, go as dark as we want with a messy marriage, with a messy family because that was a big part of the story,” said Chu.

Chu’s 2018 film “Crazy Rich Asians” was a global hit and is widely considered a boon for nuanced representation of the Asian diaspora (Chu said a sequel is in the works and will likely deviate more from the source material, a trilogy of books by author Kevin Kwan). But like many Asian Americans, Chu — who is best known for his big screen work helming “Crazy Rich Asians,” “Now You See Me 2” and “Step Up 3D” — is feeling the anxiety of being racially targeted over inaccurate characterizations linking the coronavirus to people of Asian descent.

“The fact that I have to be conscious of taking a walk around the block is mind-blowing to me,” said Chu, who is based in Los Angeles. “‘Not to be racist’ seems to be a very simple idea at a time where we actually have to worry about defending against these invisible enemies. I’m just disappointed. It’s 2020. Why are we even having to put up with these conversations anymore?”

Although he disagrees with former Democratic presidential candidate Andrew Yang on how the Asian American community can combat racism. In an op-ed published in the Washington Post, Yang wrote that Asian Americans “need to embrace and show our American-ness in ways we never have before” and to “wear red, white and blue.” Yang was criticized for oversimplifying the issue and for echoing rhetoric that Japanese Americans heard when they were forcibly removed from their homes and into internment camps during World War II.

“Listen, I don’t think there’s any place for a person to ‘prove’ their American-ness. We were born here. I live here. We are here. That should be that. It’s not on us to fix those issues,” said Chu. “But I’m not gonna go after [Yang] for that. I’m gonna go after the people who deserve to be put on the ringer, and the people who are actually yelling and think [racist things are] true.”

Before helming “Crazy Rich Asians,” Chu said that exploring his cultural identity wasn’t something he was particularly interested in tackling, outside of a short film he made in college called “Gwai Lo.”

“If I made something about me being Asian then, I would always be the Asian guy in the group. And I just didn’t– I wanted to be a filmmaker. I wanted to be seen as a filmmaker. So, that is baggage. This is like a therapy session. I’m really unpacking things right now,” he said laughing.

It wasn’t until he was more established in his career and “didn’t give a f—” that he felt ready to tackle the subject again through “Crazy Rich Asians.” He hopes other burgeoning filmmakers feel empowered to share their stories, too.

“Success to me and change to me in Hollywood,” Chu said, “is having so many more voices.”

Watch the full interview with Jon M. Chu on the “Variety After-Show” above.