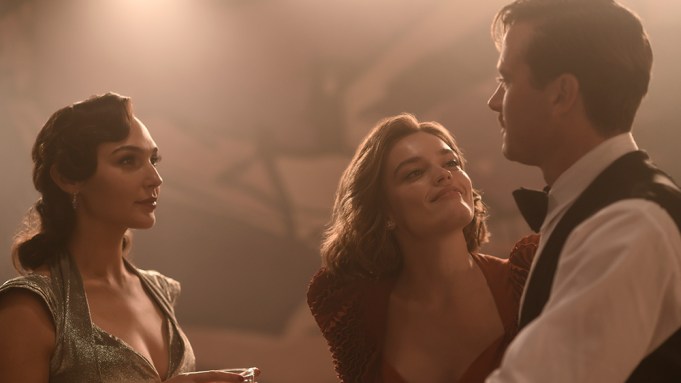 Kenneth Branagh’s “Death on the Nile,” a follow-up to 2017’s hit “Murder on the Orient Express,” released its first trailer — and everyone’s a suspect.

The murder mystery, based on the Agatha Christie novel, picks up with Branagh reprising his role as Belgian detective Hercule Poirot. This time, he’s vacationing aboard a luxurious river cruise when a couple’s honeymoon is suddenly cut short.

“I ask you, have you ever loved so much, been so possessed by jealousy, that you might kill?” Poirot asks in the trailer. “The crime is murder. The murderer is one of you.”

Disney, which acquired the film from 20th Century Fox, plans to release “Death on the Nile” in theaters on Oct. 23.

Production began in September 2019 at Longcross Studios in England and on location in Egypt, and wrapped up at the end of that year.

“Orient Express” screenwriter Michael Green returned to pen “Death on the Nile.” This version marks the third screen adaptation of Christie’s book. It was previously adapted into a 1978 movie with Peter Ustinov as Poirot along with Bette Davis, Mia Farrow, Maggie Smith, Angela Lansbury, George Kennedy, Jane Birkin, Jack Warden and David Niven. The movie earned $14 million and won an Academy Award for best costume design. In 2004, it was turned into a TV series called “Agatha Christie’s Poirot.”