David E. Talbert Made ‘Jingle Jangle’ So His Son Could See a Musical Christmas Movie With Black Characters 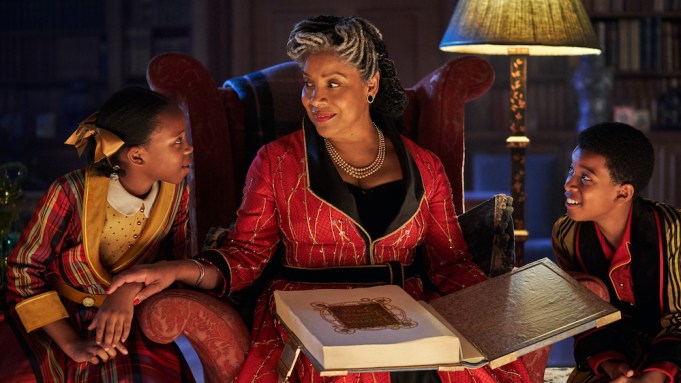 David E. Talbert had been developing “Jingle Jangle: A Christmas Journey” as a stage musical for several years, but wasn’t getting anyone to back the project.

He shelved it until one day when he was watching “Chitty Chitty Bang Bang” with his young son. “He wasn’t into it,” Talbert tells Variety. “I realized it was my nostalgia but he needed something that felt a little bit more contemporary…So it was time to do it, but make it this time with characters and images that represented how the world looks, including him.”

Written and directed by Talbert, “Jingle Jangle” (available on Netflix) is a musical movie with a Black family at the center of the story. Taking place during the Victorian era, Forest Whitaker stars as Jeronicus Jangle, the world’s greatest inventor whose life falls apart when a villainous toy (Ricky Martin) convinces his apprentice (Keegan-Michael Key) to turn against him and steal all his inventions. Anika Noni Rose stars as Jeronicus’ estranged daughter and newcomer Madalen Mills plays his granddaughter, whose unexpected visit begins to turn things around. The film opens with Phylicia Rashad as a woman reading Jeronicus’ story to her two grandchildren.

“The thing I really like about the project is that David Talbert and his wife, Lyn, who produced it, they’re just like, ‘Okay, so we got Black people wearing Victorian clothes. So what? Let’s just tell a human story.’ And the characters just happen to have melanin in their skin,” Key said. “The other thing, once we got into production, and we were doing principal photography, once all the costumes came on, then it started to get really interesting because you’re seeing Kinta cloth designs in the Victorian clothes. You’re seeing African patterns in the girl’s hair pieces and so it gave us this kind of heritage, the flavor of our heritage. I loved the fusion, the mixture of these two different cultures.”

Rose said watching the film reminded her of when she first saw “Cindy,” a 1970s TV movie adaptation of “Cinderella” with an all-Black cast, starring Charlayne Woodard in the title role.