David Oyelowo on Why He’s Working With Director Nate Parker 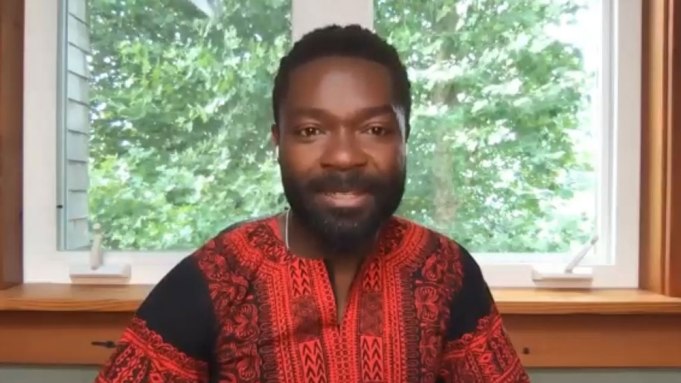 Given the controversies and allegations surrounding Nate Parker, many were surprised by the announcement that he would be directing David Oyelowo’s film “Sweet Thunder,” a biopic about boxing great Sugar Ray Robinson.

During a conversation as part of the Toronto Film Festival, Oyelowo defended his decision to work with the filmmaker.

“I have a pretty good discernment when it comes to good people,” Oyelowo said at Variety’s Virtual TIFF Studio presented by Canada Goose while promoting his directorial debut “The Water Man.” “He is a good person beyond his fallibility, beyond the mistakes he made. And I believe in redemption. I believe in forgiveness and he is someone I have been around enough to know that in my opinion he is worthy of that.”

Parker’s career came to a screeching halt just as he was earning major Oscar buzz in 2016 for “Birth of a Nation,” his directorial debut that he also co-wrote and starred in as Nat Turner, a slave who led a rebellion in Virginia in 1831. Just as the film was set to screen at TIFF, the press began zeroing in on a 1999 rape allegation that was made against Parker and his “Birth of a Nation” co-writer Jean McGianni Celestin. Parker was acquitted and Celestin’s conviction was overturned on appeal. Their accuser died by suicide in 2012.

Parker has always maintained his innocence.

“He made mistakes in the middle of that whole controversy,” Oyelowo said, adding, “He lacked a certain contrition that he now has as a human being.”

“I believe that the man that is going to re-emerge when he does come back into the public consciousness is going to be someone who people are going to see his regret, see his compassion, see his maturation, see his growth, see his deserving of redemption,” Oyelowo said.

He went on to say, “As it says in the Bible, all have sinned and fallen short — all of us. Therefore, let us have the compassion to recognize that and see where there are people who are truly contrite, truly desirous to be better going forward. What I would say about Nate is his handling of it when it happened was wrong and it lacked the compassion that needed to be seen.”

Oyelowo said Parker was dealing with his own trauma, “which is very difficult to express in real time when you have a movie coming out and you know that part of what’s happening is it’s being attacked because of the awards [competition].”

In his review for Variety, Owen Gleiberman wrote, “It’s a good movie: tense, bold, angry, empathetic, provocative, observant, morally engaged. And also, to be honest, a trifle gimmicky. Yet that’s tied to its power as a racially charged, socially urgent gut-punch drama.”

“I believe that with time the tide will turn and me working with him is part of an offering to him of my desire to see him redeemed,” Oyelowo said.