Cynthia Erivo to Star in Film Adaptation of Her Podcast ‘Carrier’ 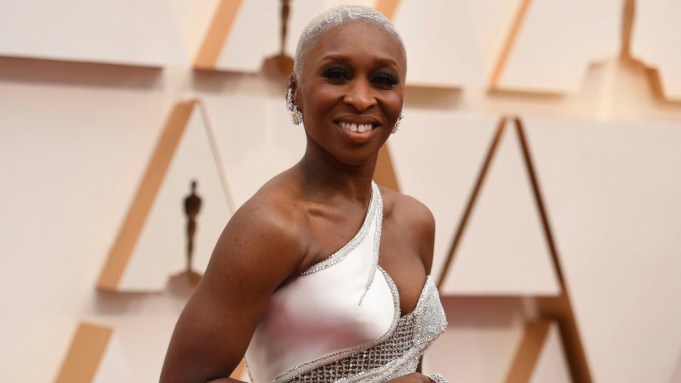 Tony, Grammy and Emmy winner Cynthia Erivo is bringing her podcast “Carrier” to the big screen.

The Oscar nominee will star in and produce the sci-fi thriller for Steven Spielberg’s Amblin Partners. The movie is based on the podcast “Carrier,” created by audio studio QCode and Dan Blank, who will also write and direct the film.

Erivo will reprise her role from the podcast as Raylene, a truck driver who accepts an off-the-books long-haul trucking assignment to cover for her ill father. She soon realizes that her mysterious cargo is a threat to the world and various forces begin targeting her to control or destroy it. She starred in and co-produced the seven-episode season of “Carrier.”

“It’s an absolute pleasure to be able to bring this podcast to the screen and marks the beginning of a new adventure in creativity for me as a producer,” Erivo said.
Erivo was nominated for a best actress Oscar for her role in “Harriet.”
In addition to Erivo, Automatik’s Brian Kavanaugh-Jones and QCode partner Rob Herting are producing. Fred Berger and David Henning will executive produce.
Amblin Partners’ president of production Jeb Brody and creative executive John Buderwitz will oversee production for the studio.

“A great story can transcend its medium to find new forms and new audiences,” Brody said. “Cynthia, Dan and QCode created a gripping and entertaining podcast that deserved all the praise and attention it garnered. We can’t wait to work with them to tell this story in its next evolution.”

Erivo is repped by UTA, Authentic Talent and Literary Management, and Peikoff Mahan Law Office. The news was first reported by Deadline Hollywood.