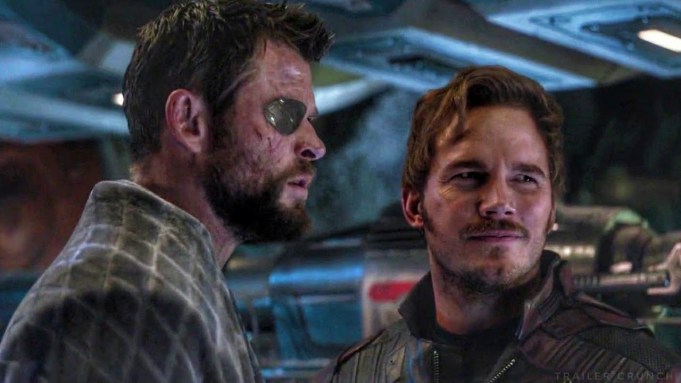 Star-Lord and Thor, played by two of Marvel’s famous Chrises, are set to team up in the upcoming “Thor: Love and Thunder.”

Chris Pratt’s “Guardians of the Galaxy” character is set to make an appearance in the Marvel Cinematic Universe’s fourth “Thor” film, joining a lineup that includes Chris Hemsworth, Natalie Portman (who returns to the franchise for the first time since 2013’s “Thor: The Dark World,” reprising her role as Jane Foster), Tessa Thompson (whose Valkyrie became the new ruler of Asgard at the end of “Avengers: Endgame”) and Christian Bale (whom Variety reported was circling a mysterious role).

Though plot details on “Love and Thunder” have been kept tightly under wraps, the crossover casting makes logical sense, since Thor was last seen aboard Star-Lord’s spaceship in the closing scenes of “Avengers: Endgame” and with Pratt’s Star-Lord already set to return for “Guardians of the Galaxy Vol. 3.”

Vin Diesel, who voices the lovable plant-like alien Groot in the “Guardians” franchise, teased to Comicbook.com in March that the cosmic team would be incorporated in “Thor: Love and Thunder.”

The fourth “Thor” film is set to begin production in Australia in January, with Taika Waititi returning as director after piloting “Thor: Ragnarok” to $854 million at the box office. Jennifer Kaytin Robinson joins Waititi as co-author for the “Love and Thunder” script. The Oscar-winning filmmaker will also voice the boulder-bodied Kronan warrior Korg for the latest installment.

“Thor: Love and Thunder” is currently set for release in Feb. 2022. Marvel and Disney had no comment on the casting reports.