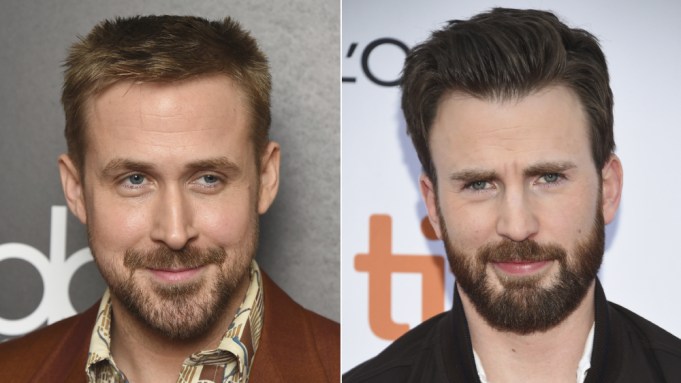 Ryan Gosling is preparing to battle Chris Evans in a new Netflix thriller from the writers and directors of “Avengers: Endgame.” Entitled “The Gray Man,” the film is based on a series of best sellers from Mark Greaney.

It’s a veritable cinematic hunk-off that seems guaranteed to set movie fans’ hearts aflutter. It’s also likely to cost a pretty penny. “The Gray Man” reportedly carries a hefty budget of $200 million and change — that’s a lot of cheddar, but the streaming service has become a destination for filmmakers partly due to its willingness to cut big checks.

Joe and Anthony Russo, the brothers who helmed several critically and commercially successful Marvel Studios films with Evans — including 2014’s “Captain America: The Winter Soldier” and 2019’s “Avengers: Endgame” — will direct. The film is being produced by their new content company AGBO. Joe Russo wrote the script, with “Endgame” screenwriters Christopher Markus and Stephen McFeely taking a final pass.

“The Gray Man” follows ex-CIA operative turned killer for hire duel Court Gentry (Gosling) as he is pursued by an old colleague, now nemesis, Lloyd Hansen (Evans). The Russos believe that this Bourne-like story has the potential to be inspire several follow-ups with Gosling’s character at the center.

“The idea is to create a franchise and build out a whole universe,” Joe Russo told Deadline. “We have all committed to the first movie and that’s got to be great to get us to the second movie. These are master assassins and Gosling’s character gets burned by the CIA and Evans’ character has to hunt him down.”