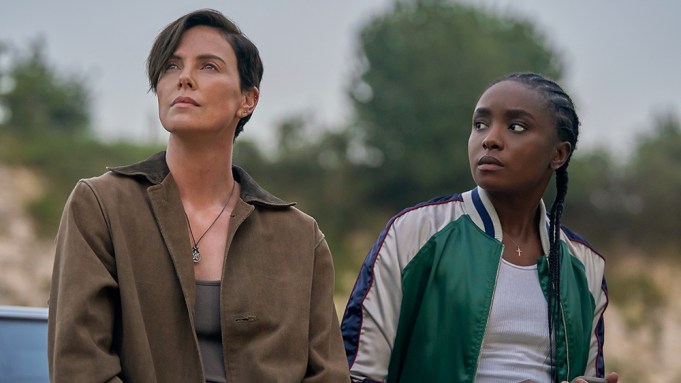 “The Old Guard,” starring Charlize Theron, has made Netflix’s list of its 10 most popular original films ever and is tracking to reach 72 million households in its first four weeks.

Netflix also said Gina Prince-Bythewood is the first Black female director on the top 10 list. The streaming giant, which announced the milestone Friday, only provides viewer numbers for selected programs, and the numbers cannot be independently verified.

THE OLD GUARD is breaking records! The Charlize Theron blockbuster is already among the top 10 most popular Netflix films ever — and Gina Prince-Bythewood is the first Black female director on the list.

The film is currently on track to reach 72M households in its first 4 weeks! pic.twitter.com/pM8vOTNa6m

Netflix picked up worldwide rights to the film early last year and agreed to finance it with Skydance Media. In addition to starring, Theron produced with Beth Kono, A.J. Dix, Marc Evans and Skydance’s David Ellison, Dana Goldberg, and Don Granger. Filming began in May, 2019, and took place in Morocco and the United Kingdom, including Shepperton Studios.

Layne plays the part of a Marine who discovers she’s immortal after surviving a fatal knife attack by a terrorist. She had starred in Barry Jenkins’ adaptation of James Baldwin’s “If Beale Street Could Talk” and was cast for “The Old Guard” after Jenkins showed Prince-Bythewood an early cut of “Beale Street.”