Continue to Variety SKIP AD
You will be redirected back to your article in seconds
Sep 1, 2020 10:00am PT 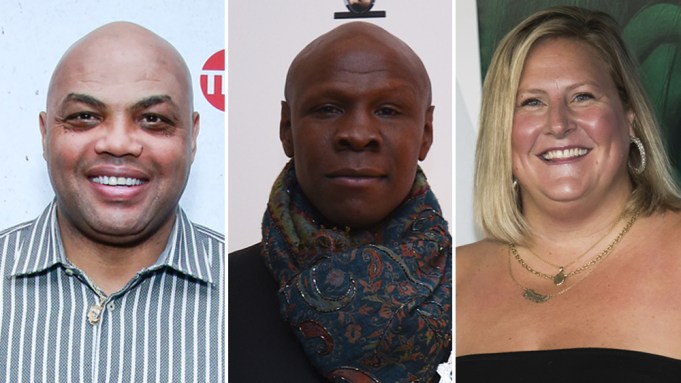 The trio have join the voice cast of Paramount Animation’s monster wrestling film “Rumble.” The movie — set to release in theaters on Jan. 29, 2021 — was written and directed by Hamish Grieve.

Barkley, Eubank and Everett join the previously announced cast of Will Arnett, Terry Crews and Geraldine Viswanathan in the animated film set in a world where “monster wrestling is a global sport and monsters are superstar athletes.” Crews’ multi-tentacled wrestler Tentacular is one of the sports’ biggest stars.

“In a long history of monster wrestling, there has never been a champion quite like Tentacular,” a wrestling analyst voiced by ESPN’s Stephen A. Smith asks in a new trailer released Tuesday. “Fans around the world are acting is there a challenger out there with the hunger, the drive, the discipline to become the next champion?”

Enter teenage Winnie (Viswanathan), who hopes to follow in her father’s footsteps by coaching the “lovable underdog monster” Steve (Arnett) into that type of contender. But based on the film’s training montage — which includes a nod to Patrick Swayze and Jennifer Grey’s famous lift in ‘Dirty Dancing’ — Steve has a long way to go.

Paramount Animation adapted the story from the graphic novel by Rob Harrell, in partnership with Reel FX, WWE and Walden Media. Mark Bakshi and Brad Booker produced the film from a screenplay by Grieve and Matt Lieberman.