Memories of Chadwick Boseman From His ‘Black Panther’ Cover Story 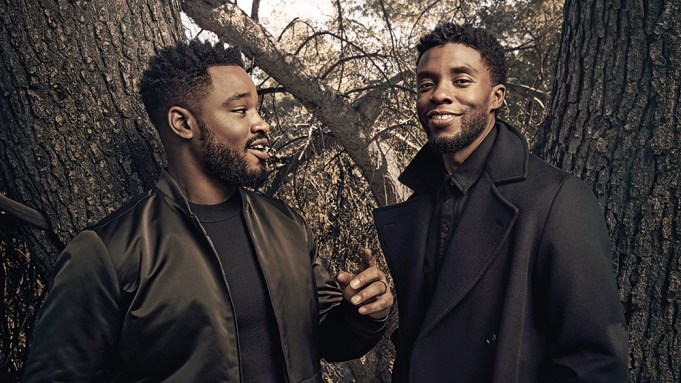 In 2018, I interviewed Chadwick Boseman and Ryan Coogler for the cover of Variety, a few weeks before “Black Panther” opened in theaters.

At the time, neither of them knew that the Marvel movie — the first studio superhero film with a Black director and mostly Black cast — would shatter box office records, grossing $1.4 billion worldwide, and become a big part of the cultural zeitgeist.

At our photo shoot that afternoon, at Griffith Park in Los Angeles, Boseman climbed on a boulder in his socks, as a Disney publicist looked on nervously. When Boseman got to the top of the rock, he put on his shoes — looking unfazed. What could happen to him? He was Black Panther.

Boseman died on Friday at 43, after a four-year battle with colon cancer.

In public, Boseman made no mention of his cancer. Instead, in our interview, he detailed the 12 to 13 hours a day he spent on set for “Black Panther,” and the additional 2.5 hours devoted to his daily workouts.

“We had a couple of diets,” Boseman said. “I went through some stages. At first, I was eating a lot of meat. It worked for me for a certain period of time, and then I felt it was too much for the amount of energy we needed to expend every day. So my diet became more vegetarian as we went along.”

Coogler talked about meeting Boseman to discuss the evolution of T’Challa, the king of the fictional African nation of Wakanda, after having seen his performances as Jackie Robinson in “42” and James Brown in “Get on Up.” Coogler also spoke about why he traveled to Africa before shooting the film, the first time he’d visited the continent.

I asked Boseman if he thought a white director could have made “Black Panther.” Here’s his answer, printed for the first time in full.

Chadwick Boseman: “Well, is it possible for them to make it? It could be, yes. Would they have [Coogler’s] perspective? Probably not. It wouldn’t be nuanced in the same way because they don’t have the same conflict. They don’t have the African American conflict that always exists. Whether you’re conscious of it or not, you have an ancestry that is very hard to trace. You have roots that are hard to connect to. You can’t call out your ancestors.

“It may be true for some Europeans or Asians as well. But it’s not, in most cases, this catastrophic event that cuts off your ability to know certain information. Nor do you have to look at cargo records or bill of sale records or property to figure out who your family is. That’s what [we] have to do.

“To commit to the continent, you can also have a very idealized point of view of what Africa is as an African American. You’re picking from all of the countries there, not knowing: “This is where I’m from. This is the ethnic group. This is what they eat, the music that they listen to.”

“There’s always a conflict there. And then, going to the continent and meeting a person that’s African, you feel that conflict. In order to do this, you have to find ways to make those connections, especially because the character is coming from a place that doesn’t have those conflicts. They know exactly who they are, they know exactly who their ancestors are.

“Would a white director understand that? Those nuances of America, African American, African? I’m not sure. But I think it’s an important part of this movie.”