Chadwick Boseman: A Virtuoso Actor Who Could Do Just About Anything

From James Brown to 'Black Panther,' Boseman fused with his roles, creating something uncanny. 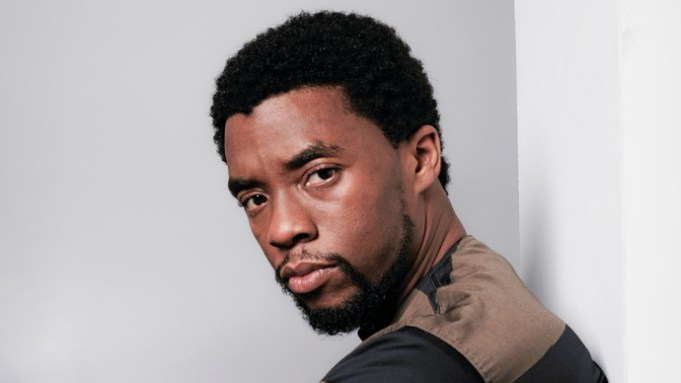 When someone 43 years old dies of cancer, it’s tragic. But when that person is Chadwick Boseman, the word tragic doesn’t fully express it. It’s beyond tragic — it’s cosmically cruel. You feel as if the shock of his loss has ripped a hole in the world. Boseman was a virtuoso actor who had the rare ability to create a character from the outside in and the inside out. In an astonishing trio of biopics, he played Jackie Robinson, James Brown, and Thurgood Marshall, and he captured what each of those men was made of — the unruliness of what they felt, the heights they were scaling, the heady and at times debilitating armor they used to shield themselves from a world tethered to injustice.

Boseman knew how to fuse with a role, etching it in three dimensions, bringing it his own truth. That’s what made him an artist, and a movie star, too. Yet in “Black Panther,” he also became that rare thing, a culture hero — not simply because he incarnated Hollywood’s first larger-than-life Black comic-book superhero of the franchise era, but because he made him such an earthly and tangible human being.

His performance as T’Challa isn’t like other actors’ comic-book-film performances. It’s deft and sly and vulnerable, with that singsong accent that lends a note of pensive play to everything he says. And because he infused the character with such a miraculously relatable spirit, Boseman touched a generation. He created a new kind of hero, and in doing so he showed us what was possible — and changed what was possible. He blazed a liberating trail of hope and connection. The sudden loss of Boseman feels as haunting, in its way, as the loss of Heath Ledger, Philip Seymour Hoffman, or James Dean: artists who are irreplaceable, and who will live on.

When Boseman came to prominence in 2013, as Jackie Robinson in the lacerating biopic “42,” you immediately felt the power of his presence. He played Robinson as a man who, as the first African-American in major-league baseball, had to face a level of racial animosity that was comparable to terrorism. The film is about Robinson’s courage, but because Boseman was such a daring actor, it also shows you the outrage that Jackie Robinson felt and couldn’t express (at least, not publicly), and the way that ate him up inside. The movie is good; Boseman’s performance is great — tense, furious, mercurial, defining.

A year later, when I saw him in Tate Taylor’s “Get on Up,” I experienced the sense of revelation that many felt about Daniel Day-Lewis in 1986, when he followed his performance as the gay punk in “My Beautiful Laundrette” with his delectable turn as the oily romantic fop of “A Room with a View,” and everyone went, “Wait, that’s the same actor?”

In Boseman’s case, I could hardly believe this was the same actor. As Jackie Robinson, he was furiously contained. As James Brown, he was…James Brown. And seriously, how does anyone play James Brown? It’s like saying that you’re going to impersonate a tornado. Yet Boseman does it — he nails every impossible dance move, every gesture of funk grandiloquence, and he speaks in a way that’s so gruffly haughty and mesmerizing we might be in the presence of a hypnotist. He shows you what it took for Brown to invent a new kind of rhythm that turned rock ‘n’ roll inside out. But he also shows you the legacy of pain and ego that fueled that rhythm. It’s uncanny, it’s cathartic, it’s indelible. (I thought it was the best picture of 2014.) He didn’t get the Oscar love that Jamie Foxx did for “Ray,” but in a way who cared? This was a performance designed to stun the gods.

Boseman had incredible taste in roles, which is one reason his resume is short and sweet. It was all wheat, very little chaff. But it’s telling to look at the performance he gave in “21 Bridges,” a garish pulp crime thriller that came out at the end of last year (and was a minor hit), because it’s not on the level of those other films, so you get to see the personality that Boseman brought to a role when it wasn’t richly imagined — in this case, he was tense and cautious, with jagged bursts of bravado. He could command a scene with his eyes, with everything they took in. (They swept the room like a surveillance camera.) At the same time, there was a warmth to Boseman, a fellow feeling that came through even when he was playing a cold cop.

The sky would seriously have been the limit for him. I’m sad he never had a great romantic role, because I think it would have deepened his image. Yet when you think of Chadwick Boseman and what might have been, part of what’s so wrenching about his loss is that it comes at a moment when the entertainment industry is grappling, in powerful ways, with its legacy of racism, and is attempting to open new doors. In the years since Boseman became a star, you can count the major roles he had on one hand. Yet if you watch those performances, you may be overwhelmed by the feeling that as an actor Chadwick Boseman could do anything. Had he lived, I think he would have. He would have done what the greatest actors do: Show us who we are, but also new ways of being — things we could never have imagined until we saw them.