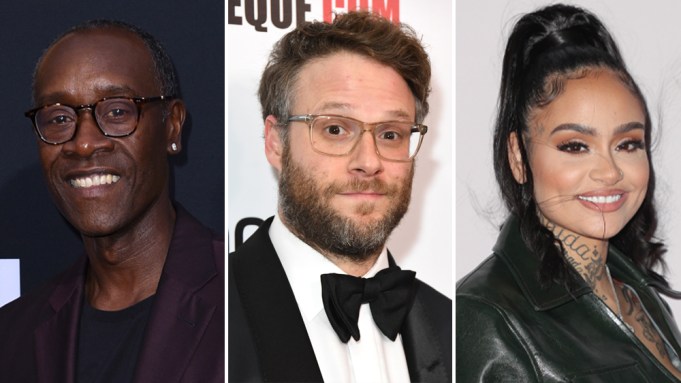 Following the death of George Floyd, many celebrities have come together to raise money for the Minnesota Freedom Fund and match donations made by others.

Floyd died on May 25 in Minneapolis after a police officer kept his knee on his neck for several minutes, despite Floyd saying he couldn’t breathe multiple times. The officer was arrested and charged with third-degree murder and manslaughter a few days later. Three other police officers who were seen in the widely spread video were fired in connection to the incident.

All across social media, people have started making donations to the Minnesota Freedom Fund, an organization that provides funds to protestors who have been arrested and need to post bail.

After President Trump tweeted about it being “MAGA Night” at the White House after protestors gathered outside on Friday, Chrissy Teigen announced she would donate $100,000 to bail people out. She later upped her commitment to $200,000.

“In celebration of whatever the f— maga night is, I am committed to donating $100,000 to the bail outs of protestors across the country,” she wrote.

In celebration of whatever the fuck maga night is, I am committed to donating $100,000 to the bail outs of protestors across the country.

The Safdie brothers and Seth Rogen also started a chain of donations to the Minnesota Freedom Fund, prompting Steve Carell, Ben Schwartz and Don Cheadle to match their contributions.

(And then much more)

Other celebrities that have donated include Jameela Jamil, Nick Kroll, Abbi Jacobson and many more.

Join me in donating to the Minnesota Freedom Fund to bail out those arrested protesting the racist murder of George Floyd by Minneapolis police. You can do so from outside the US too. Thank you. https://t.co/hssjdW5mnT https://t.co/wbLBEb2Mpo