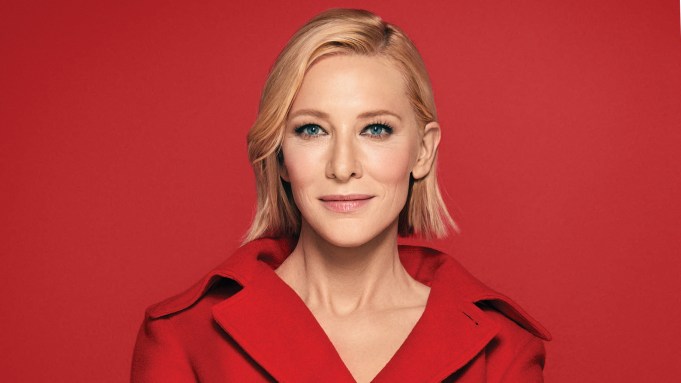 As people in U.K. households step out on front doorsteps every Thursday at 8 p.m. to eagerly applaud, whistle and clang pots and pans in appreciation of the National Health Service, Cate Blanchett and her family raise a ruckus from their countryside home outside London, surrounded by inquiring sheep and cows.

But while the Australian-born actor has her adopted country’s NHS firmly in mind — particularly as it shepherds the U.K. through Europe’s worst coronavirus outbreak — Blanchett is also banging the drum for the UNHCR, the United Nations’ refugee agency, which she has supported since 2014.

“In my heart, I’m also [thinking of] UNHCR staff who’ve remained in the field, away from their families, delivering services at great threat to themselves,” declares the two-time Oscar-winning actor of “Blue Jasmine” and “The Aviator.” “I’m full of admiration for them.”

Blanchett, who instantly brightens speaking of her fieldwork, has been a Goodwill Ambassador for the UNHCR since 2016, traveling to meet Syrian refugees in Jordan and Lebanon, as well as to Bangladesh’s Cox’s Bazar, which is home to thousands of Rohingya refugees from Myanmar.

According to recent figures by UNHCR and the World Health Organization, more than 70 million people have been forcibly displaced, of which 26 million are refugees, who are especially vulnerable to COVID-19 as 80% are sheltered outside camps, often in overcrowded communities with little access to health care. As Alessandra Morelli, head of UNHCR’s operation in Niger, tells Variety, “The coronavirus crisis is one in which old certainties are being shaken and we find ourselves in a permanent state of the unknown.”

And yet Blanchett has tried making sense of the chaos, observing a “connective tissue” between the refugee experience and what millions have now endured in lockdown. The circumstances are vastly different, she acknowledges, but there is a new understanding of the vulnerability of those in camps with limited access to soap and water, where social isolation is unthinkable.

“It’s a disaster waiting to happen,” says Blanchett. “Even if Britain gets [the coronavirus] under control, the movement of people — who are moving because they’re imperiled — means the problem is not going away, and you can have a second or third outbreak.”

Further complicating relief efforts is a temporary suspension of U.S. funding to the World Health Organization, which President Donald
Trump is now threatening to make permanent.

“It’s very, very shortsighted,” seethes Blanchett. “It’s so bizarre to me that, in the wake of the pandemic, there’s still this sense of border protection rather than realizing this is a global problem that can only be solved through global connectivity.” The actor is supporting U.N. fundraising efforts “any way” she can. As well, Blanchett hopes her NBCUniversal-produced refugee drama “State­­less,” which launches globally on Netflix this summer, will further the conversation.

Beyond UNHCR, the actor expects to return to an industry that will be “wobbly” but potentially changed for the better. This year’s jury president for the Venice Film Festival, set to run Sept. 2-12, Blanchett assures that plans “are going ahead in a positive, realistic way.”

“We can’t be guided by fear,” she says plainly. “We have to be forward-looking, and in an intelligent way. The systems we were laboring under weren’t working for everyone before. The only opportunity in this is to fix things.”