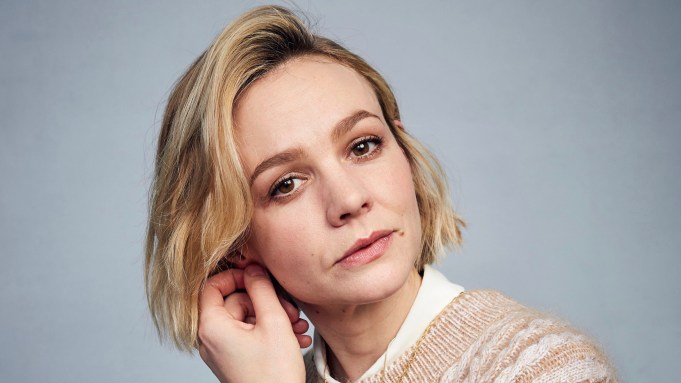 Carey Mulligan has made a conscious decision in recent years to collaborate with female directors, from Sarah Gavron (“Suffragette”) to Dee Rees (“Mudbound”). On Saturday night at the Sundance Film Festival, she’ll unveil “Promising Young Woman,” a thriller written and directed by Emerald Fennell, about a heroine out for revenge after experiencing a traumatic abuse.

“I’d never read anything like it,” Mulligan said during an interview at the Variety Studio at Sundance. “Reading it for the first time, sort of made me nervous in a really good way, in a way that makes me excited to be part of something.”

Fennell served as the showrunner for the second season of “Killing Eve,” and she’s making her debut as a movie director with “Promising Young Woman.”

Mulligan was then asked about this year’s Academy Awards, which once again nominated five men in the best director category despite a banner year for films made by women.

“I don’t think you can watch those films and not think they deserve recognition,” Mulligan said. “I think they need to be watched. I wonder if the system works in terms of getting sent 100 screeners. Maybe you shouldn’t be allowed to vote unless you can prove you’ve seen every single one. There should be a test. The films that did get left out are indisputably brilliant.”

Mulligan elaborated: “I’m talking about ‘Hustlers,’ ‘Little Women’ and ‘The Farewell.’ I feel like the fact that they are getting made is progress. But it’s all baby steps.”

“Little Women” received six Oscar nominations, but Greta Gerwig wasn’t recognized in the best director category. “Hustlers,” made by Lorene Scafaria, and “The Farewell,” from Lulu Wang, were both completely shut out of the Academy Awards. Many pundits had thought that Jennifer Lopez (who stars in “Hustlers”) and Awkwafina (who won a Golden Globe for best actress in a comedy for “The Farewell’) were likely locks for acting nominations.

It’s true that Oscar consultants will often say, privately, that the roughly 10,000 members who vote on the Academy Awards don’t have time to sit through more than a handful of movies before ballots are due in January.

Fennell said that she believes that awards voters prioritize movies based on subject matters that feel familiar.

“The truth of it is getting sent 100 screeners,” Fennell said. “The Academy and, I suppose, all of these institutions have members who are incredibly busy. It’s difficult to make sure people have seen everything and necessarily the way humans are, they prioritize things they are comfortable with or they think they’ll like. They’ll go with the established filmmakers.”