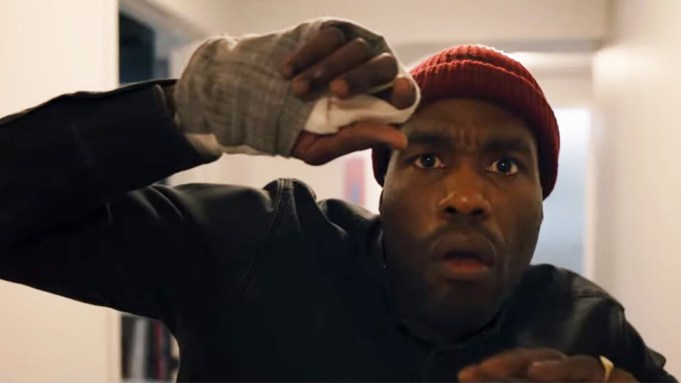 Jordan Peele is back with another terrifying thriller, this time taking on the 1992 horror classic “Candyman.”

The official trailer for MGM and Universal Pictures’ remake was released on Thursday and tells the story of an artist fixated on a mysterious hook-handed killer, deemed the Candyman.

“The urban legend is, if you say his name five times while looking in the mirror, he appears in the reflection and it kills you,” says Yahya Abdul-Mateen II, who plays an artist named Anthony McCoy.

Candyman’s mysterious wrath becomes real when a group of girls say his name five times into a mirror and slayings ensue. McCoy then goes on the hunt for the infamous Candyman, taking photos around his new neighborhood, where he encounters a man who mentions an old candy factory in the area.

“You’re looking for Candyman,” the man asks McCoy. “He’s the monster that’s part of this neighborhood.”

Soon, McCoy becomes obsessed with the legend, basing his art installations on the elusive killer, daring his viewers to say his name, too. Bodies then start to turn up. The trailer shows violent shots of gruesome demises. At the end, we hear an ominous voice, perhaps that of Candyman himself.

“I am the writing on the wall, the sweet smell of blood. Be my victim,” the voice says.