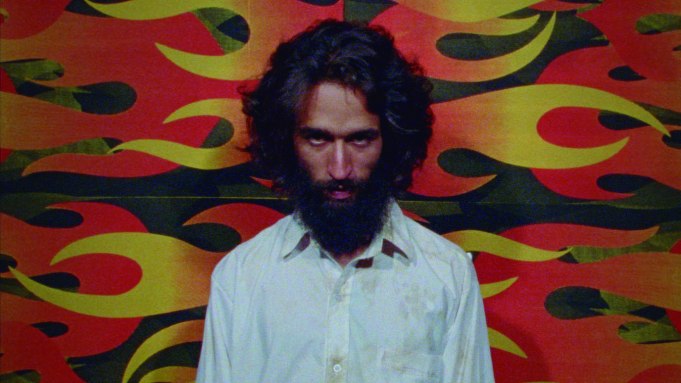 MADRID —  Brussels-based sales agent Best Friend Forever has dropped a first trailer for Colombian Camilo Restrepo’s feature debut “Los Conductos,” a movie which captures the shattered mental landscape of a man on the run from a sect.

Winner of last year’s Mar del Plata Work in Progress competition, Restrepo’s has scored a prime festival berth for its world premiere as one of the contenders in the Berlinale’s first ever Encounters competition.

Appealing to a kaleidoscope of visual styles, the movie can be read as a portrait of the difficulties of reinsertion in post civil conflict Colombia, or the enduring emotion devastation of any kind of fanaticism, even when an individual has renounced its creed.

Inspired by the experience of a real-life person, Pinky, whom the director befriended and persuaded to play himself in the film, “Los Conductos” captures Pinky now on the lam, living in a squat. taking drugs, scoring a job in a T-shirt factory, his memory of the sect, its leader, Father, and use of violence to eliminate any form of dissidence. Even though he’s escaped, Pinky remains assailed by nightmares from the past and apocalyptic visions.

“There seems to be a tendency in modern world cinema to highlight the evils afflicting emerging countries through a tragic form of realism,” Restrepo tells Dennis Lim in an extended interview.

“Unfortunately,” he goes on, “This recurring tragedy often ends up stigmatizing these same societies by locking them into a specific imagery that we perceive as reality.”

A visual artist, in “Los Conductos” (literally “The Conduits”), Restrepo  plows a very different stylistic path, mixing neo-documentary (Pinky’s time in the T-shirt factory) with near musicvid (Pinky on drugs), comic sketch (an underground scene with Pinky and one of the Father’s sons), images of devastation, references to El Desquite, a famous anti-establishment bandit in the ‘50s Violencia, and parables, such as that of the Lame Devil.

Such an “audiovisual collage,” as Restrepo calls it, forms one alternative, like social-issue genre movies, to the now classic cannon of Latin American movie social realism.

“Los Conductos” is produced by Helene Olive and Martin Bertier at France’s 5à7 Films and in Colombia Mutokino’s Felipe Guerrero, a notable editor-turned-director (“Oscuro Animal”). Co-producers are Simon Velez at Colombia’s Montoñero Cine, and André Mielnik and Gustavo Beck at Brazil’s If You Hold a Stone.

The first trailer captures “Los Conductos” style blending, mixing a voiceover of Pinky recounting his past in the sect, pop art, a propulsive electro score, the Medellin cityscape, and a scene where, having escaped to the countryside, he renounces violence, giving up his gun, and meets an embodiment of El Desquite, who still swears by an code of an eye-for-eye.