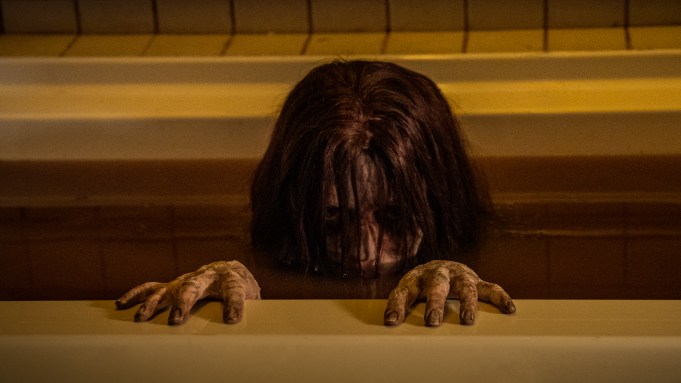 Sony and Screen Gems’ “The Grudge” ignited the 2020 box office, scaring up $11.3 million in domestic ticket sales over the weekend.

“The Grudge,” the first new movie to open nationwide this year, was scorned by audiences and critics alike, who branded the reboot with an F CinemaScore and a “rotten” 18% on Rotten Tomatoes. But horror mavens are a demographic hardly dissuaded by reviews. Those receipts are a solid — albeit not record-breaking — start given the R-rated horror film’s $10 million budget. It was enough to crack the top five on box office charts, though ultimately not enough to push past holiday holdovers.

Overseas, “The Grudge” launched in 29 international markets, where it earned $5.8 million for a global start of $17.1 million. Sam Raimi produced “The Grudge,” a remake of the 2004 movie starring Sarah Michelle Gellar. Nicolas Pesce directed the latest revival, bringing on actors Andrea Riseborough, Demian Bichir, John Cho and Betty Gilpin to take on the cursed supernatural force that wreaks havoc on all who encounter it. Despite its middling reception, the studio hopes “The Grudge” remains a draw throughout January as the lone option catering to moviegoers itching for a scare.

Disney’s “Star Wars: The Rise of Skywalker” easily stayed put atop box office charts for the third consecutive weekend, collecting another $34.5 million for a domestic tally of $450 million. J.J. Abrams’ final chapter in the sequel trilogy is rapidly approaching the coveted billion-dollar milestone as the tentpole surpassed $919 million after 19 days in theaters. However, the latest “Star Wars” installment continues to pace behind its predecessors, 2015’s “The Force Awakens” ($2 billion) and 2017’s “The Last Jedi” ($1.33 billion).

Sony commanded the next two spots in North America as holdovers “Jumanji: The Next Level” and “Little Women” are still enticing audiences. The Dwayne Johnson and Kevin Hart-led sequel pulled in $26.5 million in its fourth weekend of release, a solid showing on par with the film’s second outing ahead of Christmas. “Jumanji” recently surpassed the $200 million mark in North America (ticket sales are currently at $236 million), as well as $616 million globally.

Meanwhile, Greta Gerwig’s “Little Women” adaptation generated $13.5 million, pushing its domestic total to an impressive $60 million. Based on Louisa May Alcott’s literary classic, “Little Women” kicked off at the international box office this weekend, where it picked up $9.5 million from six markets. The movie has earned $20 million overseas for a global haul of $80 million.

Elsewhere, Lionsgate’s “Bombshell” dropped to No. 9 on box office charts, declining 14% for a weekend haul of $14 million. The Fox news drama cost $32 million to produce and has made just $24 million in North America. The film is hoping to get a boost in ticket sales as awards season nears, however.

In 10th place, Universal’s “Cats” picked up $2.6 million in its third outing as it starts to shed theaters in favor of more popular movies. After scratching together $24 million in the U.S. and $57 million worldwide, the critically maligned musical is expected to lose the studio up to $100 million.

At the specialty box office, DreamWorks and Universal’s WWI drama “1917” is still thriving, bringing in $590,000 from 11 theaters. Directed by Sam Mendes, the movie has made $2.28 million ahead of its nationwide release on Jan. 10.