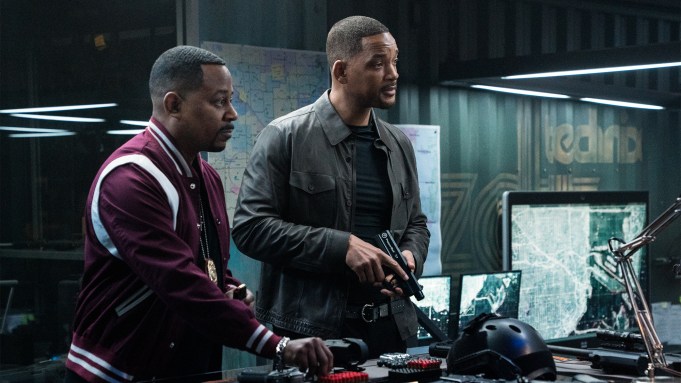 Sony’s “Bad Boys for Life,” the third entry in the Will Smith and Martin Lawrence-led action series, ruled over the global box office and is expected to cross the $100 million mark through the Martin Luther King Jr. holiday weekend.

The threequel, directed by Adil El Arbi and Bilall Fallah, scored $38.6 million overseas, along with a strong $59 million at the domestic box office. It opened in 39 foreign markets, representing roughly half of the film’s international footprint. Top-grossing territories include the United Kingdom ($5 million), Germany ($5.1 million), Australia ($3.9 million) and Mexico ($3.8 million). The film, which reunites Smith and Lawrence as old-school cops, cost $90 million to produce.

While one reboot beat expectations, another could suffer major losses. Universal’s “Dolittle” disappointed in its debut, pulling in $17.2 million from 42 international territories, as well as $22.5 million in the U.S. for a global start of $49.8 million. That’s a rough launch considering the movie, which underwent extensive reshoots, cost $180 million before taking marketing and distribution fees into account. The family film, starring Robert Downey Jr. as the famed vet who can talk to animals, will need to resonate with global audiences in a big way to avoid ending up in the red.

One bright spot for Universal is “1917,” a critical favorite that could sweep at the Oscars. Directed by Sam Mendes, the World War I epic earned another $26.1 million abroad for an international total of $61 million. “1917” opened in six new markets this weekend, including France with $3.9 million, Germany with $1.9 million and Mexico with $1.4 million. The film surpassed $100 million at the worldwide box office this weekend, with ticket sales currently at $138 million.

In other box office milestones, Sony’s “Jumanji: The Next Level” eclipsed $700 million globally, including $483 million internationally. The action-comedy sequel nabbed $17 million this weekend after debuting in Brazil with $4.3 million.