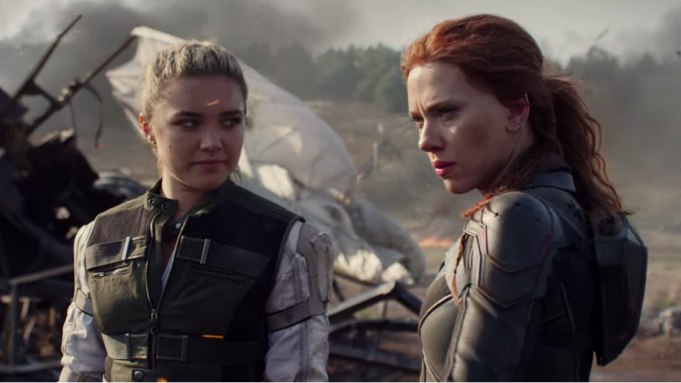 Details are scarce on the next Marvel movie, directed by Cate Shortland, but new footage teases Natasha Romanoff’s life before she was an Avenger.

“You don’t know everything about me,” Johansson’s Black Widow says in the 30-second clip. “The Avengers weren’t my first family.”

While diving into the back story of Black Widow, Marvel will introduce her family figures, including Pugh as Yelena Belova, Rachel Weisz as Melina Vostokoff and David Harbour as the Red Guardian.

Her character was last seen (spoiler alert!) sacrificing herself to save the galaxy after the evil Thanos tried to wipe out half of the population in the universe. In that case, “Black Widow” will take place before this heroic act played out in “Endgame.”