Continue to Variety SKIP AD
You will be redirected back to your article in seconds
Jan 24, 2020 6:30pm PT 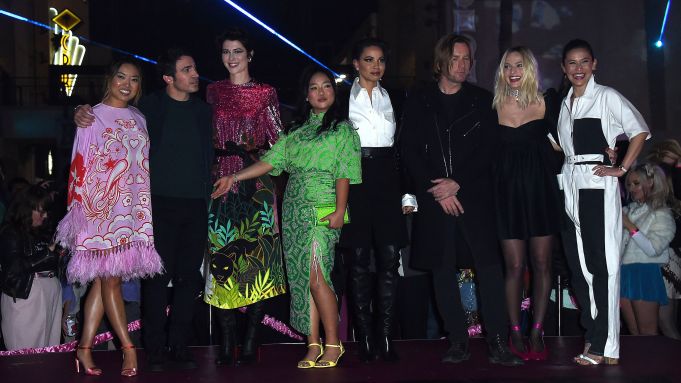 Following the success of “Joker” last year, DC Films is continuing its gritty streak with “Birds of Prey,” a slam-bang adventure about Harley Quinn.

Though DC Film’s 2016 tentpole “Suicide Squad” took a critical bashing at the time, filmgoers quickly took a liking to Margot Robbie’s portrayal of Harley Quinn. “Birds of Prey” gives the fan favorite character her own adventure, having her ditch the male-dominated Squad to work alongside a rogues’ gallery of women.

For the creators behind the upcoming movie, an R-rating was the only way the project made any sense.

“Harley’s not really someone to hold back,” Robbie told Variety‘s Marc Malkin on Thursday at the opening of Harleywood in Hollywood. “The R-rating really allowed us to take it to the next level with fight scenes.”

Director Cathy Yan added, “The women are unabashedly themselves and very unapologetic in the movie. It was very liberating to have the jokes that we wanted to have and (to) show (the characters) for who they are.”

Mary Elizabeth Winstead, who plays Huntress, echoed Yan’s comments. “I think it’s very true to who Harley is…She’s the one telling the story, so we see it through her eyes and her eyes are quite poppy and creative and unlike anything else,” Winstead said. “I think it’s totally uninhibited in every way. That’s what it felt like shooting it. We got to do whatever we wanted. We got to improv. We’re throwing around curse words.”

Along with a badmouthed lexicon, an R-rating also opens up opportunities for more bombastic violence. The fight scenes required extensive training with personal trainers and stunt choreographers.

“They did the majority of their own stunts,” Yan explained. “I think they all became so strong because of it. Their bodies got stronger; they learned to fight. Everyone really ultimately appreciated it… because it really turned them into the superheroes they are.”

When asked if the project’s dialogue or violence was ever in danger of veering too far into bad taste, Yan laughed. “Not, that is not this movie,” she said. “Restraint was not really in the DNA of this one.“