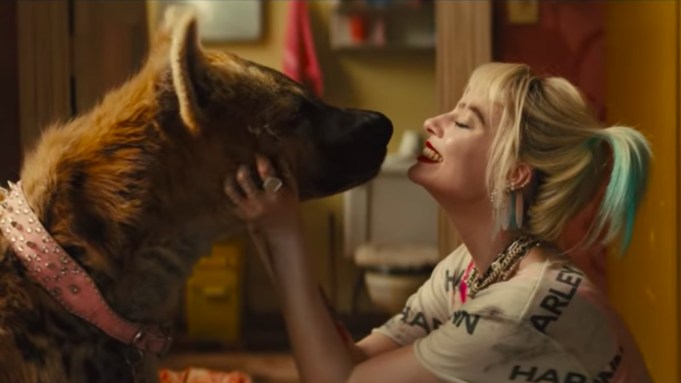 Recently split from the Joker, Margot Robbie’s Harley Quinn — after a brief Cheez Whiz bender — proves she no longer needs her mastermind ex-boyfriend (played by Jared Leto) in the new, kickass “Birds of Prey” trailer. Instead, she opts to build her own team of female superheroes, including Black Canary, Huntress and a cop.

“He’s after all of us,” she tells the group. “You betrayed him. You killed his BFF. And you’re dumb enough to be building a case against him. So unless we all want to die very unpleasant deaths, we’re going to have to work together.”

Jurnee Smollett-Bell, Mary Elizabeth Winstead and Rosie Perez star alongside Robbie. Their characters work together to save a young girl from the warlord Black Mask (Ewan McGregor), who has it out for all of them.

Coupled with explosive scenes, footage of Harley Quinn’s pet hyena in a bathtub (named Bruce after the “hunky Wayne guy”) and a burlesque number featuring Harley Quinn in song and dance, the film adds an R rating to the conventional superhero storyline.

Directed by Cathy Yan and written by Christina Hodson, “Birds of Prey (And the Fantabulous Emancipation of One Harley Quinn)” hits theaters on Feb. 7.