Will ‘Birds of Prey’ Be Another Box Office Hit for DC? 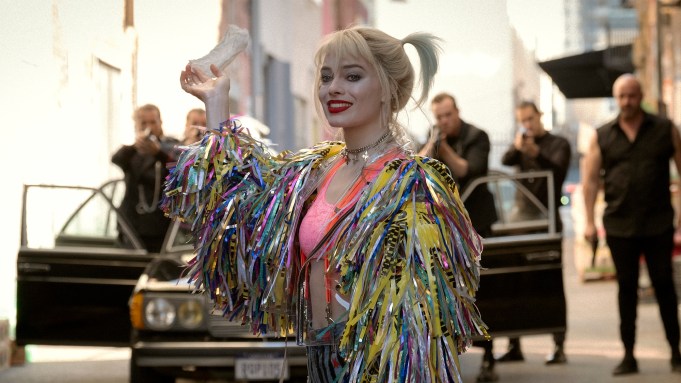 February was once considered a box office dead zone. Conventional wisdom mandated that studios release all their tentpoles during the summer or around the holidays to sell tickets. But commercial triumphs like 2015’s “Fifty Shades of Grey,” 2016’s “Deadpool” and 2018’s “Black Panther” — all released in February — helped buck that notion over the years and encouraged studios to take chances in months far removed from popcorn season and Christmas.

With “Birds of Prey,” a comic-book spinoff of 2016’s “Suicide Squad,” Warner Bros. will bank on audiences’ appetite for Gotham City baddies to continue that trend. “Birds of Prey” isn’t expected to debut to numbers near February record-holders like “Black Panther” ($202 million), “Deadpool” ($132 million) or “Fifty Shades of Grey” ($85 million) when it launches this weekend, but strong word of mouth could help it thrive over coming weeks.

“It wasn’t until the 2010s that studios seemed more open to commit blockbuster films to the month that has, over the years, boasted a truly diverse array of films from every genre,” said Paul Dergarabedian, a senior media analyst with Comscore. “Warner Bros. will go all in on ‘Birds Of Prey,’ looking to ignite another February blockbuster spark at the box office.”

“Birds of Prey” is on pace to earn $50 million to $55 million when it touches down in 4,200 theaters. Warner Bros. is hedging expectations, projecting an opening closer to $45 million, since an antihero ensemble filled with mostly unknown characters makes it something of a gamble. But even those figures would be a solid start. The film cost $80 million to make, a fraction of what studios typically spend on superhero movies.

Four years after Margot Robbie’s delightfully deranged character in “Suicide Squad” inspired Halloween costumes for decades to come, her villainous vigilante returns to the spotlight in “Birds of Prey (and the Fantabulous Emancipation of One Harley Quinn).” After parting way with her former paramour, the Joker (played in this universe by Jared Leto), Harley Quinn teams up with a girl gang — Huntress (Mary Elizabeth Winstead), Black Canary (Jurnee Smollett-Bell) and Gotham detective Renee Montoya (Rosie Perez) — to save a young girl from Gotham’s crime lord Black Mask (Ewan McGregor). “Birds of Prey” is the eighth title in the DC Extended Universe and the franchise’s first to land an R-rating, making it a departure of sorts from more family-friendly options like “Aquaman” and “Shazam.”

“Birds of Prey” — directed by Cathy Yan and written by Christina Hodson — is the only new wide release in theaters this weekend, so it won’t have much competition among ticket buyers. Another factor working in its favor: it’s been weeks since a studio has released a major movie, and the box office is ripe for a hit.

After the undisputed financial successes of “Wonder Woman” ($821 million), “Aquaman” ($1.14 billion) and “Joker” ($1.07 billion), Warner Bros.’ DC comic-book adaptations have been on a critical and commercial upswing. (Joaquin Phoenix’s “Joker” is not part of the DC Extended Universe.) “Shazam” brought back $364 million last March, making it a modest win for the studio. Those films were all well received, a reception that did not greet “Man of Steel,” “Batman v Superman: Dawn of Justice” or “Justice League.” Those frothily regarded movies still sold movie tickets, but hardly at a volume that justified their outsized budgets ranging between $250 million and $300 million. In attempting to carve out its own identity in the superhero space, Warner Bros. scaled back budgets when needed and steered away from the self-serious tone that polarized critics and audiences.

“Birds of Prey” comes at a crucial time for the studio. Outside of its comic-book world, Warner Bros. had an unwieldy 2019 at the box office as mid-budget movies like “The Goldfinch” and “Doctor Sleep” flopped. But its upcoming releases — including “Wonder Woman 1984,” Lin-Manuel Miranda’s musical “In the Heights” and Christopher Nolan’s espionage thriller “Tenet” — have box office watchers optimistic about a reversal of fortunes.