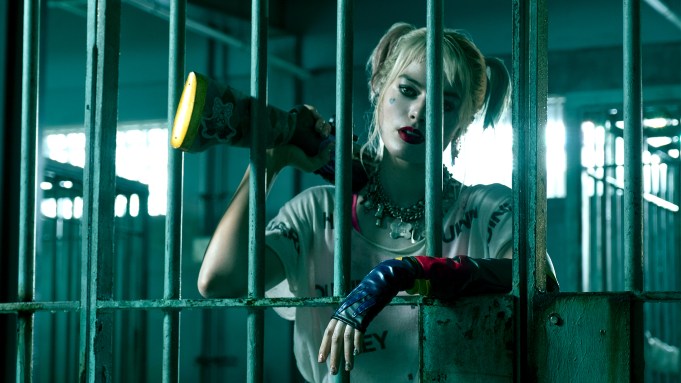 Margot Robbie’s “Birds of Prey” is set to open well below forecasts, with about $34 million at 4,236 North American sites, early estimates showed on Friday.

Estimates for “Birds of Prey,” a spinoff of 2016’s “Suicide Squad,” had been in the $45 million to $55 million range, with Warner Bros. projecting an opening closer to $45 million.

“Birds of Prey,” which carries a reported $80 million price tag, touched down with $4 million on Thursday night. Reviews have been strong, earning the film a 84% rating on Rotten Tomatoes — a reversal from “Suicide Squad’s” 27%.

The film made $7.8 million in early openings from 51 international markets on Wednesday and Thursday. Results were impacted in Asia due to theater closures following the coronavirus outbreak.

“Birds of Prey” is directed by Cathy Yan from a script by Christina Hodson. Robbie, who originated the idea, is a producer, along with Bryan Unkeless and Sue Kroll.

“Suicide Squad” was a success financially, opening to $133.7 million on its way to $746 million worldwide on a $150 million budget.

“Birds of Prey” is the only new wide release in North American multiplexes this weekend. Sony’s “Bad Boys for Life,” which has dominated moviegoing over the past three weekends, should lead the rest of the pack with about $12 million. The action comedy, re-teaming Will Smith and Martin Lawrence, will finish the frame with more than $165 million in North America.

Universal’s awards season favorite “1917” should come in third with an estimated $9 million to lift its total to $132 million after seven weeks in release in North America. The World War I epic, which earned 10 Oscar nominations, won the top awards from the Directors Guild and Producers Guild.

Sony’s ninth weekend of “Jumanji: The Next Level” will be battling for fourth place with Universal’s “Dolittle,” with each taking in about $6 million. The “Jumanji” sequel will be nearing $300 million at the North American box office by the end of the weekend.