Billy Porter to Make Feature Directorial Debut With Coming-of-Age Drama ‘What If?’ 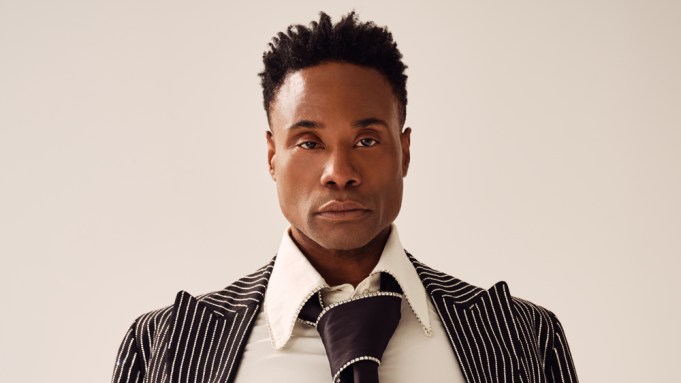 Billy Porter will make his feature directorial debut with the coming-of-age story “What If?” from a screenplay by Alvaro García Lecuona for MGM’s newly relaunched Orion Pictures.

The story centers on a high school senior posting on social media about his crush on Kelsa, a trans girl at his school, resulting in the internet encouraging him to pursue the relationship. The two then navigate a senior year relationship that neither of them could have expected.

“I’m thrilled to be part of this new space in Hollywood for telling all types of stories from all types of people,” Porter said. “I am grateful to be in a position to usher some of these stories into the mainstream and I am humbled that heavy hitters like Christine Vachon and Alana Mayo have entrusted and empowered me in this insane time we all find ourselves in.”

MGM re-launched its Orion Pictures in August as a means to amplify underserved voices and hired veteran executive Alana Mayo as president of the label.

Mayo said in a statement, “We couldn’t be more excited to work with Billy Porter on his feature directing debut and are privileged that he, Alvaro and the producing team behind this special film have entrusted us with their vision for this beautiful, contemporary love story. ‘What If?’ is perfectly emblematic of the ambitions we have for the new Orion Pictures: To tell stories about the totality of the human experience.”

Porter won an Emmy in 2019 for lead actor for his role on FX’s “Pose” and was also nominated this year. He originated the role of Lola in the Broadway musical “Kinky Boots,” for which he won a Tony, Drama Desk and Outer Critics Circle awards, as well as the Grammy for best musical-theatre album.