Watch Billie Eilish Perform the Beatles’ ‘Yesterday’ at the Oscars 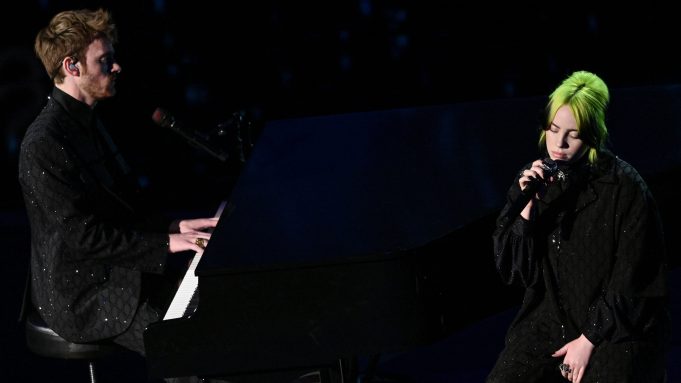 Billie Eilish had already inadvertently created an Oscar meme hours before she took the stage toward the end of the Academy Awards on Sunday night. Her nose-crinkling reaction to something — maybe to Maya Rudolph and Kirsten Wiig’s jokey song or, as some commenters speculated, “Why is the camera cutting to me now?” or “The universal face of a teen embarrassed by the antics of old people” — set the internets ablaze in the show’s first hour.

There will doubtless be more, as she and brother/musical collaborator Finneas O’Connell brought their own spin to the Beatles’ (actually Paul McCartney’s) classic “Yesterday” during the Awards’ “In Memoriam” segment. Rather than doing a faithful rendition, her take was understated and featured a slightly quavering vocal, as O’Connell accompanied her on piano and sang high harmony. While she and O’Connell both instantly mention the Beatles as their greatest influence, this take on “Yesterday” was far more reminiscent of her own quieter songs, such as the latest single “Everything I Wanted,” than any Beatles or McCartney version.

The appearance is not the only film-related Eilish news of 2020: She will be performing the theme song from the upcoming James Bond film, “No Time to Die,” which comes out in April, and later this year, Apple TV will release a documentary on the singer that has been nearly four years in the making. Indeed, when Variety was embedded with Eilish’s fall tour for our December cover story on the singer, a video crew followed her nearly everywhere.

Eilish — who was Variety‘s Hitmaker of 2019 — swept the top Grammy categories last month, becoming the youngest (and only the second) artist in history to win the big four: album of the year and pop vocal album (for “When We All Fall Asleep, Where Do We Go?”), record and song of the year (for “Bad Guy”) and new artist. (Christopher Cross is the only other artist ever to sweep the big four categories, in 1981.) She lost only pop solo performance (to Lizzo, for “Truth Hurts”). In total, Eilish, 18, and O’Connell, 22, took home six of the seven awards they were nominated for.