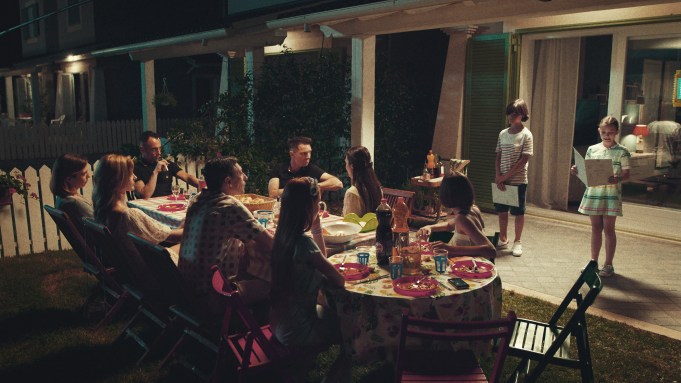 Italy’s Pepito Prods., at Berlin with competition drama “Bad Tales” by Damiano and Fabio D’Innocenzo, is emerging as a new home for the country’s auteurs.

“Bad Tales,” which world premieres Feb. 25, is the D’Innocenzo brothers’ followup to their debut, “Boy’s Cry.” That bowed in Berlin’s Panorama in 2018.

Giuseppe Saccà, who is a partner in the family-run indie along with his father and sister Maria Grazia, said they were approached by the self-taught directorial duo, now aged 30, with the screenplay for “Boy’s Cry” and were awed by the writing. They decided to take the plunge “even though they had never directed anything before, not even a short.”

“Our duty as independent producers is to bet on talents,” said Saccà junior. “Sometimes you win, other times you don’t.” “Boy’s Cry,” about two teens who get sucked into Rome’s criminal underworld, made a splash on the festival circuit and also sold quite well.

“Bad Tales,” which is a dark fairytale, was actually supposed to be their first film. “They wrote it when they were 19,” says Saccà. Pic is about a small community of families living with their adolescent children in a southern suburb of Rome “silently festering with the sadism of fathers and the anger of … desperate children,” according to promotional materials.

Other projects in Pepito’s pipeline — besides the D’Innocenzos third feature, which is being kept under wraps — include “The De Filippos,” a portrait of groundbreaking Neapolitan trio Eduardo De Filippo, who was a famed playwright, and his siblings  Peppino and Titina De Filippo, who were actors, which will be directed by actor/director Sergio Rubini (“The Great Spirit”); and comedy “Cosa Nostra” by first-time director Giovanni Dota.

On the TV side, Pepito is preparing season two of its series “I Wanted to be a Rock Star,” about a 27-year-old single mom with twins. “Rock Star” recently aired to positive reviews and decent ratings, especially in the youth demographic, on generalist channel Rai2. It’s also getting good play on the pubcaster’s RAI Play streaming platform.