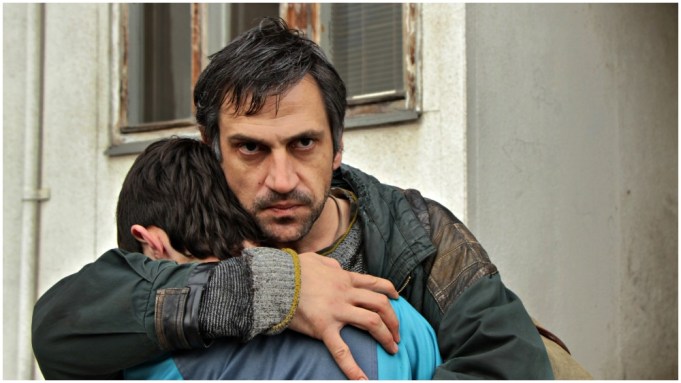 Variety has been given exclusive access to the trailer for Serbian director Srdan Golubović’s “Otac” (Father), which premieres in the Panorama section of the Berlin Film Festival.

“Father” is the story of an impoverished day laborer whose children are taken by social services after the family’s difficult circumstances drive his wife to commit a desperate act. Unable to get a fair hearing from the corrupt administrator in his provincial town, he decides to travel across Serbia on foot to take his case directly to the ministry in Belgrade.

For his fourth feature, Golubović was inspired by the real-life story of a man whose incredible journey he first encountered on social media. After visiting him outside the government ministry where he was staging his protest, the director began examining what concepts like freedom and dignity meant in a society whose moral fabric has been torn by steady economic decline.

“I decided to make a film about a man who does not have the luxury as we have to think about ethical problems,” said Golubović. “He has only one thing he has to do: survive.”

In the character of Nikola (Bogdan), “Father” depicts an Everyman whose battle against a heartless and corrupt system takes on mythic qualities. Rooted in social-realist drama, it becomes transformed into something else entirely as the film’s protagonist embarks on his epic quest. “From that bureaucratic, existential drama, I wanted Nikola’s journey to enter the space of fairy tale,” said the director. “That journey becomes mythical.”

Golubović’s films include “Klopka” (The Trap), which premiered in Berlin and was shortlisted for the foreign-language Academy Award in 2008, and the 2013 Sundance prize-winner “Krugovi” (Circles).