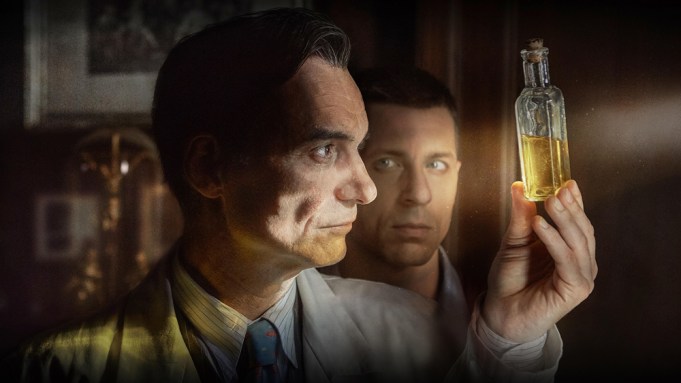 Variety has been given exclusive access to the trailer for Oscar nominee Agnieszka Holland’s “Charlatan,” which premieres in the Berlinale Special Gala section of the Berlin Film Festival.

The film is based on the true story of Czech healer Jan Mikolášek, who dedicated his life to treat the sick using medicinal plants. Throughout the war and turmoil of the 20th century he has to choose between his calling and his conscience.

Explaining her approach, Holland says: “To tell this story with an epic scope – dozens of years, three different regimes, two world wars – but one, that feels, at the same time, extremely intimate, I tried to find a sensual and minimalistic language. Static. Quiet. Spare dialogues. Hidden emotions. Extremely subjective passage of time: years are passing in few minutes, minutes are extended, feel like eternity.

“I tried to show a human soul without entering into the depth of psychological analyses, express interiority through behavior. The faces of actors, the tension between the characters, their constant efforts to pass through the armor of each other are what drives the story forward; the background, the big history of the 20th century is reflected in their fate.”

Holland’s films include “Bitter Harvest,” which was nominated for an Academy Award as best film in a foreign language in 1986. “Europa Europa” (1990) won a Golden Globe and a second Oscar nomination, this time for best original screenplay. “In Darkness” (2011) was Oscar nominated for best foreign-language film.

In 1993, Holland made the first of many films in the U.S. with “The Secret Garden,” produced by Francis Ford Coppola. Holland has also directed many episodes of U.S. TV series such as “The Wire,” “The Killing,” “House of Cards” and “The First.”

In “Charlatan,” Ivan Trojan plays Jan Mikolášek, with Josef Trojan playing Mikolášek when he was a young man. Other cast include Juraj Loj, Jaroslava Pokorná, Jiří Černý and Miroslav Hanuš.

Marek Epstein wrote the screenplay, and Martin Strba was the cinematographer. The film was produced by Šárka Cimbalová and Kevan Van Thompson for Marlene Film Production. The co-producers were Mike Downey, Sam Taylor, Klaudia Śmieja-Rostworowska and Lívia Filusová. International sales are being handled by Films Boutique.