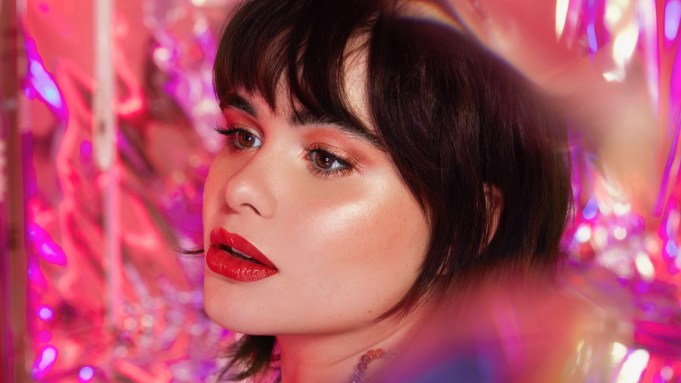 Barbie Ferreira can’t use Instagram as freely as she used to. The actress, whose credits include the HBO Max movie “Unpregnant” and HBO’s TV series “Euphoria,” now has more than 2 million followers and is trying to reestablish her relationship with the internet at large.

“The internet, right now, is a little hectic for me,” she tells Variety in a recent Zoom call. “I don’t know who I am outside of being on the internet. My friends were my internet friends. A lot of my friends who are my friends now were my followers at one point. I treated everyone like they were my friend and that is no longer the story on my specific Instagram.”

She is also cognizant of the fact that her fanbase now includes 14-year-olds, and some of her posts go over their heads. “I saw a T-shirt that was like, ‘Vote or Die.’ And someone was like, ‘Please, I can’t vote because I’m 14, but I don’t want to die. You don’t understand,'” she recalls, with a laugh. “It’s that kind of vibe where it’s like, ‘No, I didn’t mean it like that!'”

Ferreira doesn’t see herself as a role model, nor does she necessarily want to be one. But she understands the worth of her platform — which includes being the face of Becca Cosmetics. “I do realize the value of seeing people who are different than what the media portrays as hot or valuable doing stuff,” she says. “I think that is what I always wanted to see.”

Following this ethos, Ferreira uses her screen time wisely — pursuing parts that shake the status quo. In “Unpregnant,” her character Bailey is a gay Trekkie with green hair, but neither her queerness, nor her body, serve as plot points.

“I was very used to my body type being the one thing that was written in the description, and that was not the case for Bailey,” she says. “That was definitely a reason why I wanted to do it. I think the most powerful statement is having people in these roles without it being about whatever their identity is.”

One of Ferreira’s favorite moments from the script is her character’s nonchalant coming out to Veronica (the straight lead, played by Haley Lu Richardson). Veronica’s reaction comes as if from another era, like Ferreira’s Bailey has confessed to murder or slipped her the nuclear launch codes. It’s hilariously disproportionate to modern sensibilities and acceptance of sexual preference.

“At this point, Bailey’s out to her mom, to everybody,” Ferreira says. “Veronica thinking she’s the special one, thinking it’s this huge deal, is hilarious to me. I think that’s what a lot of people straight people think, like, ‘You’ve trusted me with this big secret.’ And it’s like, ‘Don’t flatter yourself, sweetie.’”

Ferreira, who identifies as queer, says coming out was never an event in her life. She’s much more interested in the story after the fact. “What is it like existing while queer? What are the other queer stories we can talk about? Not just the sobbing, coming out story, which of course happens for a lot of people, but what about past that? What about existing, just being queer, past the coming out story?”

The abortion in the film is given the same treatment. The technician walks Richardson’s Veronica through the entire operation, laying out what she can expect and subtly squashing pro-life propaganda in the process, a move that Ferreira calls “brilliant.”

“It removes this cloth that’s in front of everyone because of this mystery of abortion,” she says. “It literally is step by step. This is what happens. This is exactly the procedure. And then boom, done. Literally in and out of the office.”

Since making the movie, Ferreira says she has seen firsthand the amount of falsities that can exist on the internet — as she returns to discussing the double-edged sword of being online.

“I’ve been realizing there is another side of the internet,” she says. “This is not the side that I knew. I get tagged in a literal art class sculpture of a baby face that’s been burned off, which is not what a fetus looks like. It’s that level of misinformation.”

After watching the Netflix documentary “The Social Dilemma,” about the dangers of social networking, Ferreira is even more attuned to the drawbacks of digital discourse.