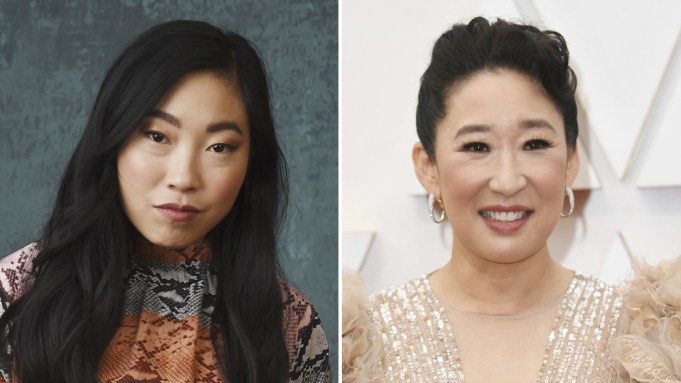 Actors Awkwafina and Sandra Oh are joining forces for an untitled new comedy at Netflix.

The award-nominated pair will play sisters in the feature film, to be produced by Gloria Sanchez’s Jessica Elbaum. Jen D’Angelo, the writer on Disney Plus’ upcoming “Hocus Pocus” sequel, will pen the script and produce as well.

Oh will star as a lonely recluse whose life is upended when her train-wreck sister vows to mend their relationship by helping her fulfill a lifelong dream — to appear as a contestant on her favorite game show.

Itay Reiss and Maggie Haskins from Artists First will also produce. D’Angelo is on a hot streak, also serving as co-executive producer on the NBC series “Young Rock” starring Dwayne Johnson, and doing a pass on Skydance’s sci-fi feature “The Tomorrow War.” Her additional credits include “Solar Opposites” and  “Workaholics.”

Awkwafina will next be featured in prominent voice roles in Disney projects “The Little Mermaid” and “Raya and the Last Dragon,” as well as in a major role in the Marvel film “Shang-Chi and the Legend of the Ten Rings.”

Oh, an Emmy nominee for her beloved series “Killing Eve,” has the Netflix show “The Chair” and a voice role in Paramount’s anticipated “Tiger’s Apprentice,” alongside Henry Golding and Bowen Yang.