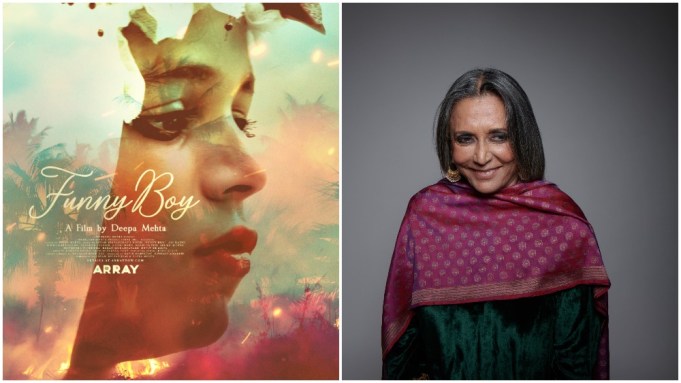 On Thursday, “Funny Boy” was announced as Canada’s entry to the 2021 Oscars, in the international feature film category.

The film is based on the best-selling 1994 coming-of-age novel by Canadian-Sri Lankan author Shyam Selvadurai that won the Lambda Literary Award for gay fiction. Mehta co-wrote the screenplay with Selvadurai.

Shot on location and set in Sri Lanka in the 1970s and 1980s, “Funny Boy” explores the sexual awakening of a young boy named Arjie (portrayed by Arush Nand and Brandon Ingram). As political tensions escalate to a boiling point between the minority Tamils and the majority Sinhalese, a young boy comes of age in a society and family that doesn’t embrace difference outside of societal norms. The film chronicles Arjie’s struggle to find balance and self-love despite the absence of empathy and understanding.

The trailer showcases the lush beauty of the film’s Sri Lanka locations, with eye-catching cinematography by Douglas Koch (“The Grand Seduction”), set to music by Howard Shore (“The Lord of the Rings” and “The Hobbit” trilogies). However, as the trailer progresses, the deep fissures in Sri Lankan society at the time when the film is set slowly become evident. Adding to the mix is the film’s central story of burgeoning sexuality.

ARRAY will release “Funny Boy” on Netflix on Dec. 10 in the U.S., U.K., Australia and New Zealand, and theatrically in select U.S. cities.

In Canada, the film will be broadcast on public broadcaster CBC on Dec. 4 and will be available to stream via CBC’s on-demand service CBC Gem.

Mehta’s film “Water,” the third feature in her Elements trilogy, was Oscar-nominated in the international feature film category in 2007.